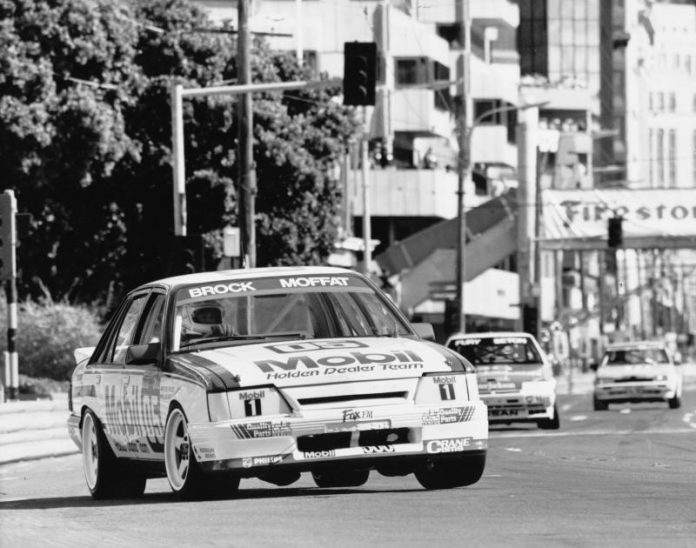 A FEAST of 1980s Australian touring car racing has been released from the Channel 7 archives for fans in the latest DVD release as part of the Seven Magic Moments of Motorsport series.

It’s due for release in September but you can get in and order it online here via the V8 Sleuth Online Store right now for quick delivery here.

‘Group A Classics Volume 3’ covers a period where Australian touring car racing boomed in the 1980s on the back of the international Group A rulebook that saw Ford, Nissan, Holden, BMW, Volvo, Toyota and many other manufacturers go head-to-head.

First up is Round 9 of the 1986 Australian Touring Car Championship at Winton Motor Raceway in northeast Victoria.

The penultimate round of that year’s title chase, this Group A Classic featured plenty of action between the Nissan Skylines of George Fury and Gary Scott (who won but was later excluded for a brake irregularity), the BMW of Jim Richards (who inherited the road when the Nissan was removed from the results) and the Volvos of Robbie Francevic and John Bowe.

Then we head across to New Zealand to take in the action of the Nissan-Mobil 500 endurance race on the streets on the waterfront of Wellington.

This race saw Peter Brock and Allan Moffat clinch their second straight win in the Kiwi classic, however it turned out to be the last time a Holden Dealer Team car claimed victory before Brock and Holden had a very public divorce only weeks later.

We jump ahead to 1990 to round out this release to Round 6 of the 1990 ATCC at Mallala in South Australia.

This marked the debut of the potent Nissan GT-R in the hands of Mark Skaife but ‘old faithful’ Colin Bond chalked up a win in his Caltex Sierra despite the presence of the new Japanese ‘supercar’.

As a special bonus we have also included the 1988 AMSCAR Series final round from Amaroo Park as eventual champion Tony Longhurst and his Sierra tackles a horde of challengers from this sadly now defunct circuit.