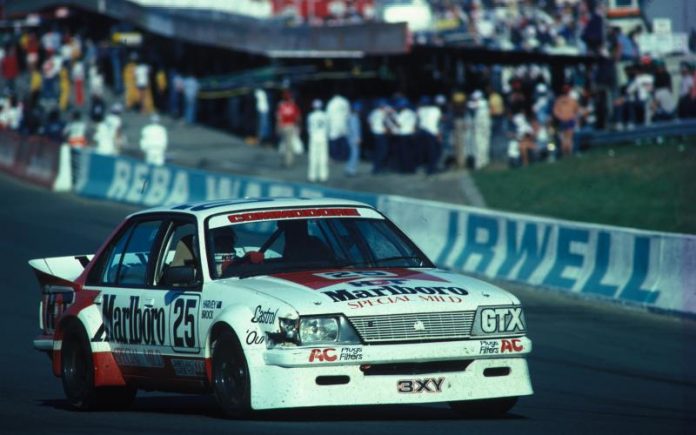 A NEW collector’s edition publication is being produced by the V8 Sleuth team in time for this year’s 10th anniversary commemoration of Peter Brock at this year’s Supercheap Auto Bathurst 1000.

A perfect-bound, 144 page special edition soft cover publication, due for release in the lead up to Bathurst this year, will feature all of Brock’s Bathurst 500/1000 race cars profiled in ‘sleuthing’ style.

The life stories of each of his Bathurst challengers will be told, from the GTS 350 Monaro he made his debut in back in 1969 right through to the Holden Racing Team V8 Supercar Commodore he drove in his last appearance in 2004.

The collector’s edition will be available to pre-order via the V8 Sleuth Online Store in September and will be on-sale at this year’s Supercheap Auto Bathurst 1000 in October from within the special display of Brock cars on the outside of Pit Straight.

The V8 Sleuth team has – and is – speaking to a range of Brock’s former co-drivers too, including a range of overseas-based pilots, about the various cars they shared with the nine-time race winner.

The publication, ‘Cars Of The King’, will step readers through the histories of each of the cars Brock drove, featuring previously unpublished photos of some of his most famous Bathurst racecars, including his Marlboro HDT Toranas and Commodores.

“Peter inspired me as a kid and I hold special memories of standing on the fence at Sandown and Bathurst watching him drive some of the very cars we’ve profiled in this new release,” says V8 Sleuth’s Aaron Noonan.

“Brock cars have a special place in Bathurst history and not just the eight different cars that gave him his nine wins.

“Of course there are all of the Holdens he drove in the Bathurst enduro but also plenty of other cars; the BMW M3, the Mobil Sierra and even the two-litre Vauxhall Vectra Super Tourer.

“There have been many Brock and Bathurst publications done over the years, but this is something unique in the mould of the sort of material our V8 Sleuth team specialises in.”

Further release details of The ‘Cars Of The King’ publication will be published via V8 Sleuth in upcoming weeks.

Here’s Peter Brock at work in his 1986 Mobil HDT Commodore at Bathurst: