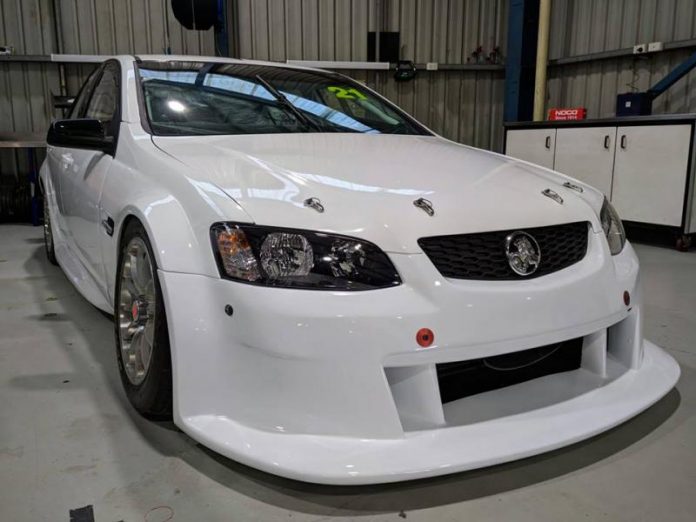 A FORMER Walkinshaw Racing Commodore is the latest V8 Supercar sold off and headed overseas, in this instance to England.

The car, last raced in the Dunlop Super2 Series by Brad Jones Racing in 2015, has been purchased by Brit Ric Wood.

Wood is a name some V8 Sleuth followers may find familiar. He formerly owned an ex-Mark Skaife/Gibson Motorsport Commodore VS in the late 1990s that was stolen in England and never recovered.

Read about that story here as we reported it in our Apex Replicas RIP Racers series.

His newly-acquired car was originally built by Walkinshaw Racing and debuted by Rick Kelly at Hidden Valley in Darwin in 2008.

It was later run by WR in Bundaberg Red colours for David Reynolds in 2009 and Andrew Thompson in 2010 before moving on to Brad Jones Racing in 2011 to replace the car destroyed in a fireball accident in Perth with Karl Reindler at the helm.

Fabian Coulthard ran the car with Lockwood backing for BJR in 2012 before it reverted to the team’s Dunlop Series program with Chris Pither (2013/14) and Josh Kean (2015).

The car is the latest in an increasing number of ex-V8 Supercars being sold off overseas.

A range of ex-V8 Supercar race cars now reside in New Zealand while others are spread around the world in areas including Malaysia and France.