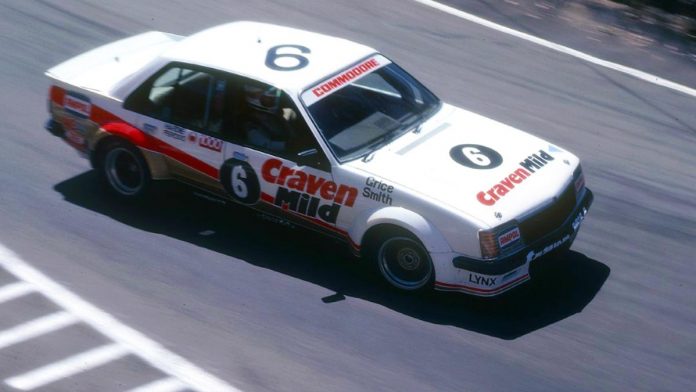 A PAIR of Group C Commodores are the latest machines to be confirmed for the tribute to Holden’s racing history at the inaugural Bathurst International.

The Commodores raced by Allan Grice/John Smith and Peter Janson/Larry Perkins in the 1980 Hardie-Ferodo 1000 will take part in the event’s Holden Bathurst Revival, joining a growing list of Holden racecars spanning the original 48-215 through to Group A Commodores and modern V8 Supercars.

The Grice car, which was one of the first Commodores to race in the Australian Touring Car Championship, has recently been restored to its 1980 Bathurst trim by owner Gary Chick and made its return to the racetrack earlier this year at the Phillip Island Classic.

“It’s 40 years since its first Bathurst, so I have done everything I can do make sure we are there for the event,” said Chick.

“I’m only on my Provisional licence, but because it’s not a competitive event, I’m able to run it and I can’t wait.

“An event like this allows me to have a run and get the car involved, and I can have some fun. You don’t get many opportunities to do this sort of thing around Bathurst.”

The Janson car finished second at Bathurst in 1980, ending a run of three podium finishes in four years for the ‘Captain’ and Perkins in the ‘Great Race’.

The car, presented in later VH Commodore trim representative of its fourth-place finish in the 1983 Bathurst 1000, is now owned by Jamie Hodgson, who will also tackle the Bathurst 6 Hour on the same weekend with Graham Miller in a VE GTS Commodore.

“Jumping between the two cars will be interesting – a modern production car compared to an older Group C Commodore – it will be really interesting and I’m looking forward to it,” he said.

“The Group C has massive tyres, massive grip, where the production car’s tyres will be a challenge. Horsepower wise, they are about the same, a six speed (versus a) four speed gearbox. It should be a lot of fun, jumping from one to another.

“I’ve owned the VH Commodore since 1985. It still has the original paint. I’ve never had that car at Bathurst before. It’s going to be great to get the Group C car there, with all of its history and see how it handles the track.”

Both cars appear in our upcoming release Racing the Lion: An Illustrated History of Holden in Australian Motorsport, a 400-page hardcover book paying tribute to the marque’s rich competition history spanning over seven decades.

Don’t miss out and pre-order it now here!

Eligibility for the Holden Bathurst Revival extends to Holdens from almost every circuit racing category that the marque has been represented in, including grass roots categories Group N and Improved Production/Club Cars, as well as series no longer contested such as V8 Utes, Commodore Cup and Future Tourers.

The event will offer participants a unique and affordable opportunity to drive their racing Holden on Australia’s most iconic racing circuit, with 60 minutes of track time on offer.

The Bathurst International will be held on November 12-15 and will include live and free coverage on Saturday and Sunday on the channels of Seven.

For information on how to enter the Holden Bathurst Revival, visit https://bathurst.international/holden-bathurst-revival