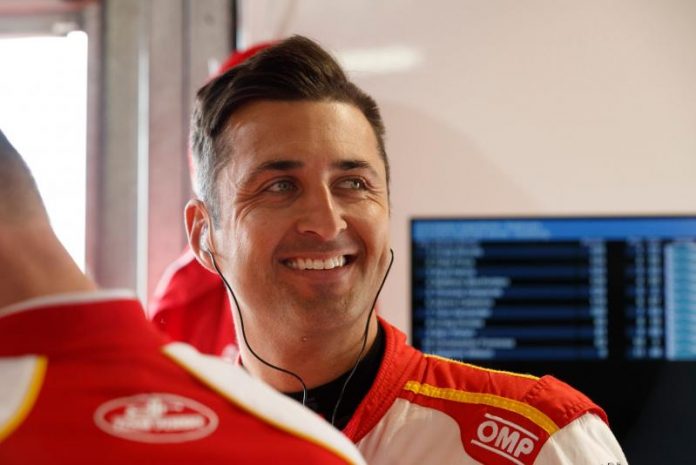 KIWI Fabian Coulthard has re-fired his assault on the 2018 Virgin Australia Supercars Championship with victory in Race 14 of the season at Winton Motor Raceway today.

The Shell V-Power Ford driver led 59 of the 67 laps to score his first race win since last August, giving his DJR Team Penske organisation its sixth win of the season.

Coulthard now moves up to seventh in the championship points.

His New Zealand countrymen Shane van Gisbergen and Scott McLaughlin joined him on the podium today, making it the first time in the history of the Australian Touring Car Championship/VASC that the podium has been locked out by three Kiwi drivers.

The win for Coulthard ended a 22 race-winning drought for the former BJR driver, having scored his last win in August 2017 at Sydney Motorsport Park.

He also became the fifth different winner from the last five Supercar races held at Winton and led home van Gisbergen by 11.0281-seconds – the biggest winning margin seen at Winton in Supercars since 2006 (Race 2, Jason Richards over Jamie Whincup in reverse grid race).

The win marked DJR/DJRTP’s 10th race win at Winton, the team now taking the record for the most race wins in championship history at Benalla venue.

Nissan duo Rick Kelly (fourth) and Michael Caruso (fifth) were solid again today, their results across the weekend meaning that this round is the first time two Nissans have finished in the top five in consecutive races in the championship since Oran Park in the GT-R era, circa 1992!

The Virgin Australia Supercars Championship now takes a month’s rest before the teams and drivers head to Hidden Valley in Darwin next month.