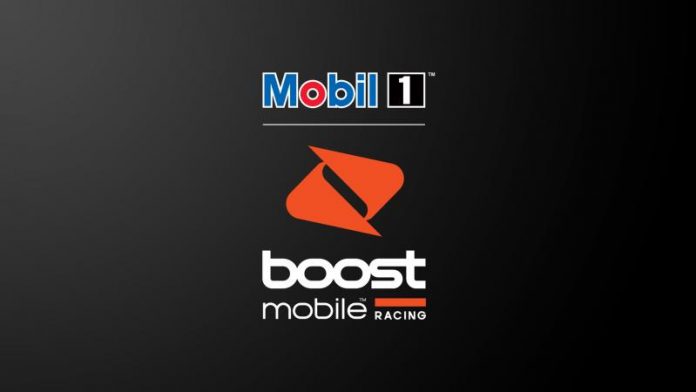 WALKINSHAW Andretti United have today announced that James Courtney will run the number 25 on his ZB Commodore for the 2018 Virgin Australia Supercars Championship.

The move marks a fresh start for the recently restructured squad with adoption of the number 25 a nod to the team’s 25-year partnership with Mobil 1.

The change comes alongside the announcement that Boost Mobile will step up as co-naming rights partners of the team, with the outfit to be known as Mobil 1 Boost Mobile Racing in 2018.

Team co-owner Ryan Walkinshaw says he proud of the team’s partnership with Mobil 1 and Boost Mobile.

“In a world that has evolved significantly in this time, I am proud that there is a likeminded determination to constantly evolve and reinvent our intrinsic value to each other. That to me is a real partnership, and we can’t thank the team at Mobil enough.

“It’s great that they are joining Boost Mobile, a company that we formed an incredibly strong relationship with at the beginning of last year, to create Mobil 1 Boost Mobile Racing.”

The change will be the first time Courtney has run without #22 since 2011 when he controversially took the #1 to the Holden Racing Team after clinching the title with Dick Johnson Racing the previous year.

The number is significant for Andretti Autosports having fielded #25 in IndyCar competition and at the Indianapolis 500.

Incidentally #22 was also the number Courtney used in his Supercars debut when he raced alongside Jim Richards at Sandown in 2005.

In terms of Supercars the #25 hasn’t seen a run in Championship competition since 2009 when Jason Bright entered his Stone Brothers-run Britek Motorsport Falcon with the number.

The number has been run on numerous cars in Australian touring car racing history, notably John Harvey and Tony Longhurst, who both took the #25 to Bathurst victories.

Harvey raced the #25 on the second Marlboro ‘Special Mild’ HDT Commodore from late 1980 through to the end of the Group C era, a number referring to the number of cigarettes in a packet of the time!

He used it again in 1988 when his Ford Sierra RS500 first ran Benson & Hedges colours at the Sandown 500 and took a memorable victory in the Tooheys 1000 at Bathurst with Tomas Mezera a few weeks later.

Longhurst raced the #25 for Benson & Hedges on various Sierras and later BMW M3s, a BMW 318i and VP Commodore up until the end of 1994 when he parted ways with the team.

For 1995 he switched to his own Longhurst Racing Falcon, this time with Castrol sponsorship, but again carrying the #25 – a number he used right up until the end of 1999.

The number has also seen outings with Allan Moffat and Peter Brock with the former displaying the #25 on two of his Hardtop Falcons in the 1970s and Brock carrying the number on the Bill Patterson Torana A9X when he claimed victory in the 1977 Sandown 400.

Courtney will be looking to replicate some of #25’s past success when the Virgin Australia Supercars Championship kicks off at the season-opening Adelaide 500 from March 1.