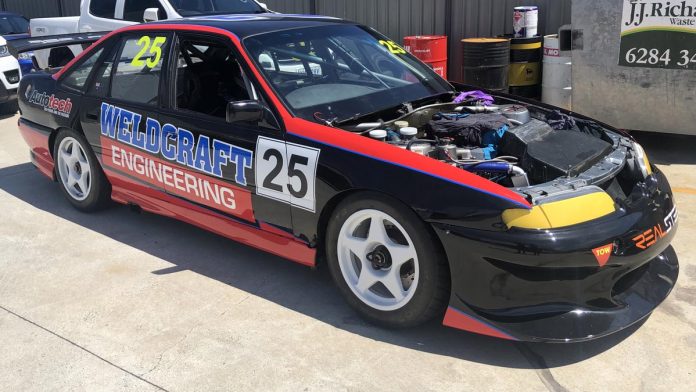 A LATE engine issue has sidelined the Holden Commodore that was poised to be the oldest car on the grid for this weekend’s combined Super2/Super3 Series races at the Bathurst 1000.

Paul Boschert has informed V8 Touring Car organisers that his #25 Weldcraft Motorsport Commodore VS will not make the journey to the famous mountain after an internal engine component failed while on the dyno recently.

The Commodore, originally built by Development Series team Phoenix Motorsport back in 2001, was the last-ever VS model Supercar ever built.

LIVE BLOG: Follow every Supercars session of the Bathurst 1000 with V8 Sleuth

Boshert says that COVID-related delays in delivery times of various engine components was the nail in the coffin.

“We did everything possible, and it really hurts to pull the pin,” he said.

“The killer is COVID. Normally, next day delivery is next day, but things were taking three or four days, and everything kept getting pushed back.

“I had one of my guys work on the car three days straight, with only three or four hours sleep. We never gave up.

“I was searching for a replacement engine. I was even looking at finding a whole new car, but we just ran out of time.”

The entry list now drops to 10 cars in the Super3 field, combined with the 11 Super2 cars.