Home News CRAIG LOWNDES: ‘THE KID’ BACK IN THE FACTORY FOLD 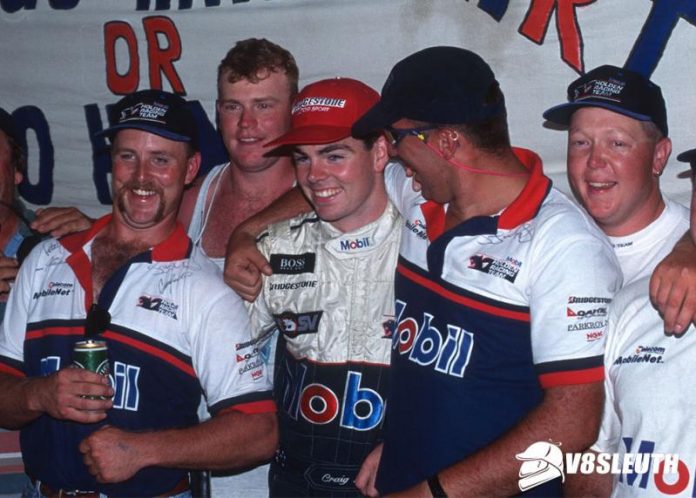 THERE’S no doubt about it; Craig Lowndes is a massive deal in the history of Holden, Bathurst and Australian motorsport in general.

This year Lowndes is in his first year away from full-time Supercars racing and he will have a very different role as co-driver with Jamie Whincup for the Red Bull Holden Racing Team at the endurance races aboard the #888 ZB Commodore.

While Lowndes is indeed the reigning Supercheap Auto Bathurst 1000 victor and has seven victories in ‘The Great Race’ to his name, he actually has one single win as a factory Holden driver – in 1996 with the Holden Racing Team.

His Bathurst victories at the wheel of Holden-supported Commodores with Triple Eight in 2010, 2015 and 2018 indeed remain special ones, though didn’t come at the wheel of an official factory Holden entry.

In fact, Lowndes’ last appearance in an official Holden factory car came in 2000, his final year with the TWR-run Holden Racing Team sharing with Mark Skaife.

Lowndes’ Bathurst 1000 debut in the works Commodore alongside Brad Jones in 1994 is the stuff of legends – his pass of John Bowe around the outside at Griffins Bend one that instantly thrust him into the limelight, a limelight he hasn’t escaped ever since!

Analysing Lowndes’ factory Holden appearances at Bathurst shows that he either generated a top six finish or a retirement.

After finishing runner-up in 1994 with Brad Jones he claimed pole in 1995, however only ran a few laps before engine failure took he and Greg Murphy’s VR Commodore out of the running.

The duo returned the following year and swept to victory, giving Lowndes the ‘three-peat’ in a season with victories in the Australian Touring Car Championship, Sandown 500 and Bathurst 1000.

Lowndes and Murphy made their third start together in a row in 1997, the former crashing out of the race in his first stint having returned from racing overseas for the year in open wheelers.

For 1998 Lowndes was paired with Mark Skaife in the new VT Commodore, though blown front tyres blunted their challenge on the FAI 1000 Classic after dominating the race to that point.

The endurance races became part of the championship in 1999, leaving the HRT to split Lowndes and Skaife in order to protect their respective title chances. Paired with Cameron McConville, Lowndes came home to finish second at Bathurst and thus claim his third and final V8 crown.

This year marks Lowndes’ 10th Bathurst in a Triple Eight-run Holden Commodore, however the first time under the factory Holden banner.

With six podium finishes from his last nine starts in the race, there’s no doubt that he’s got plenty of fuel in the tank and a place in history the envy of drivers all over the country.

Craig Lowndes is undoubtedly a Holden hero who forms a very special part of five decades of ‘the lion’ in Australian motorsport.