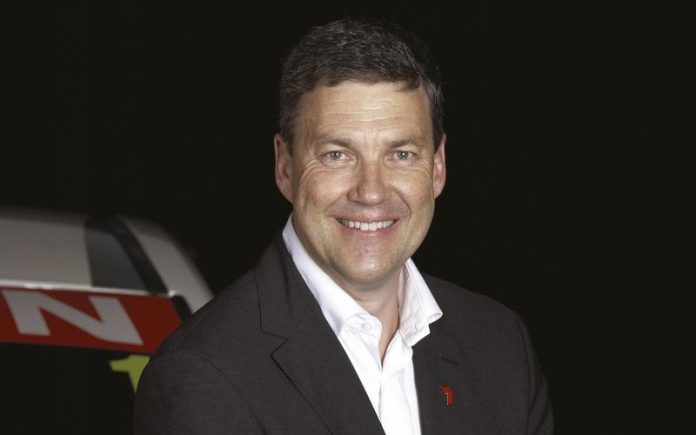 BROADCASTER and long-time racer Neil Crompton is the latest inductee in the Supercars Hall of Fame.

The long-time television voice of the sport was inducted at last night’s Supercars Gala Awards Dinner at The Westin Hotel in Sydney.

The Sydney-based lead Supercars commentator was inducted for his contribution to Supercars racing as both a top-line broadcaster but also for his career behind the wheel and service off-track in a number of roles.

He also played a major hand in the creation of the current Supercars company, playing a pivotal introductory role between IMG’s Tony Cochrane and then-TEGA head Bob Forbes in the mid 1990s.

Crompton drove for a range of top-line teams and, along with Win Percy, was a foundation driver of the Holden Racing Team when it was established in 1989.

Crompton also spent time racing – and winning – in North America aboard a Honda Accord in the short-lived North American Touring Car Championship in 1997.

His broadcasting career began during a stint as an injured motocross rider, eventually taking him to appearances on ABC Sport’s coverage of motorsport in the 1980s and, from 1985 onwards, on the Seven Network.

Since 2015 he has been the lead commentator of the Supercars Championship for Supercars Media and seen and heard on both FOX Sports and Ten.

His AirTime Media organisation produced the award-winning Shannons Legends of Motorsport TV series amid a range of other top quality productions and he heads AirTime Autosport, the organiser of the Toyota 86 Racing Series.

Crompton is the 21st inductee in the Supercars Hall of Fame, below are the list of those inducted and years of induction: