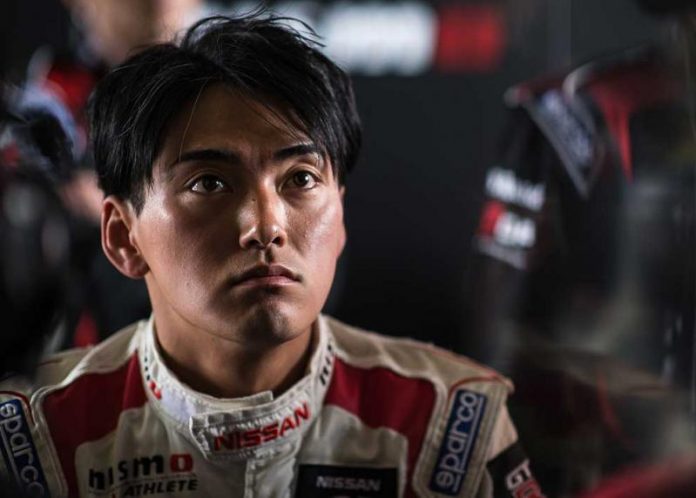 KATSUMASA Chiyo will return to the Liqui-Moly Bathurst 12 Hour as the event releases its preliminary entry list for 2019.

Chiyo-san was a mainstay of the Nissan Motorsport lineup for several seasons, the quietly-spoken Japanese racer becoming a cult hero among the race’s fans for his flat-out approach to Mount Panorama, winning the race aboard the factory GT-R in 2015.

Nissan Australia’s decision to step away from the race for 2018 left Chiyo on the sidelines, but he will return next year as the lead driver in a two-car GT-R NISMO GT3 attack from the Hong Kong-owned KCMG team.

“We are really looking forward to competing at the iconic Mount Panorama circuit for the first time in the 2019 Liqui-Moly Bathurst 12 Hour,” Dr. Paul Ip, KCMG founder, said.

“It will for sure be a tough challenge but we have a great team and drivers and look forward to competing against some of the world’s top teams and drivers at this world-class event.

“KCMG is proud to continue its successful partnership with Nissan NISMO and look forward to seeing the mighty Nissan GT-R NISMO GT3 conquer the Mountain.”

The announcement preceded the release of the full entry list for the 2019 event, with all the usual marques well represented among the 43-car list.

Reigning victors Audi have five examples of the R8 LMS entered in class A, led by the two Valvoline-backed Jamec Pem entries likely to be piloted by Christopher Mies and Garth Tander, the former setting a new sub 2-minute outright lap record at Mount Panorama during the Challenge Bathurst sprints last month.

Porsche has also returned with a fleet of four cars, the two factory-backed machines to be joined by usual 12 Hour visitors Competition Motorsports and Black Swan Racing.

BMW, Bentley and Aston Martin have also revealed two-car entries, the former expected to feature Chaz Mostert, who will be fresh from having raced at the Daytona 24 Hour in an M6 GT3 with Alex Zanardi.

The hopes of 2016 winners McLaren will be upheld by the sole entry from Objective Racing, while a pair of Lamborghini Huracans make up the 28-strong class A.

A full entry list with drivers will be released closer to the race. Head to the Liqui-Moly Bathurst 12 Hour site for the full list of teams.