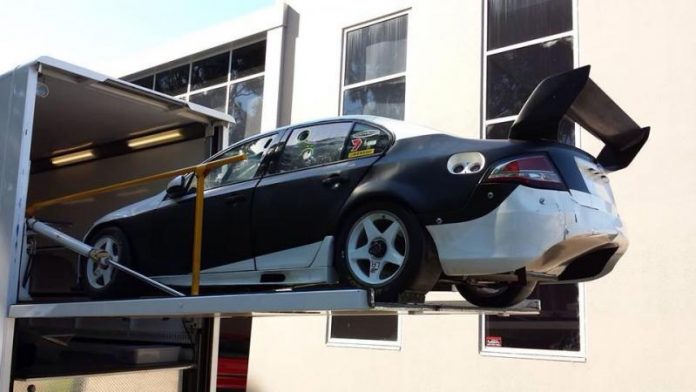 TONY DAlberto Racing may still have its plans for the 2014 V8 Supercars Championship up in the air, though it has been able to sell its Ford Performance Racing-built Falcon of the last few years.

Raced by Nick McBride in the Dunlop Series this year, the ex-FPR Falcon has been sold to existing DVS competitor Jim Pollicina for the 2014 development category.

Pollicina has been racing an ex-Tasman Commodore VE in the Dunlop Series and an ex-Tasman VZ in the Kumho Tyres Australian V8 Touring Car Series. The VZ has been placed up for sale.

Pollicina confirmed today via Facebook that existing TDR number one mechanic Andrew Maisey will work on his newly-acquired car in 2014 and David Slater will act as engineer.

He has purchased the car without an engine and is the process of securing a suitable power plant.

Pollicina finished 27th in this year’s Dunlop Series and withdrew from the Kumho Series after the Queensland Raceway round in August.