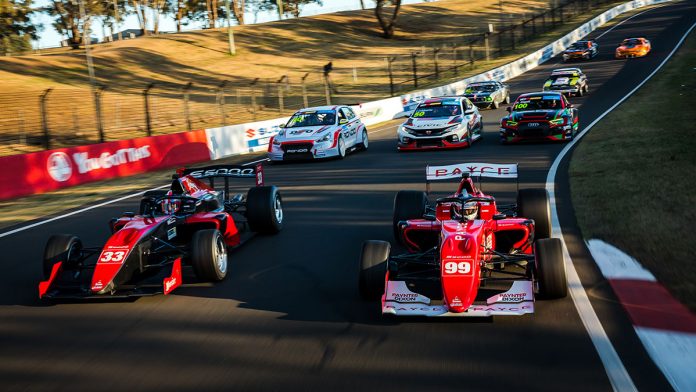 THE Bathurst International has locked in a new date for the inaugural running of the event.

Originally scheduled to take place in 2020 until the onset of the COVID-19 global pandemic, Mount Panorama will now host the rescheduled event on November 26-28, 2021.

The Bathurst International adds to a busy time of the Australian motorsport season, with the Formula 1 Australian Grand Prix – itself postponed from March – scheduled for the week prior and the Repco Supercars Championship season-ending Gold Coast 500 falling the week after.

“The late November date will make this event not only a jewel in the Australian motorsport calendar, but also around the world,” Matt Braid, Australian Racing Group (ARG) CEO, said.

“Despite the travel restrictions that exist today, this date will allow the opportunity for international competitors to consider the Bathurst International as a way to end their season of racing.”

“And the beauty is that we have categories that touch all walks of motorsport life. It is a sensational mix that we are sure will draw attention locally and internationally.”

Headlining the event is the TCR Bathurst 500, the first two-driver event on Australian soil for the emerging touring car category.

S5000 will make its debut at Mount Panorama, marking the first time V8-powered single seaters have raced at the circuit in half a century.

Touring Car Masters and Trans Am will hold the final rounds of their 2021 season at the event as will the 2021 Fanatec GT World Challenge Australia Powered by AWS, which will determine the Motorsport Australia GT Endurance title.

One other category, described in ARG’s statement as a “top-line category of motorsport,” is yet to be announced, while details around ticketing information – including general admission, camping and corporate hospitality – will be announced in the near future.

The event will receive live television coverage on the Seven Network.