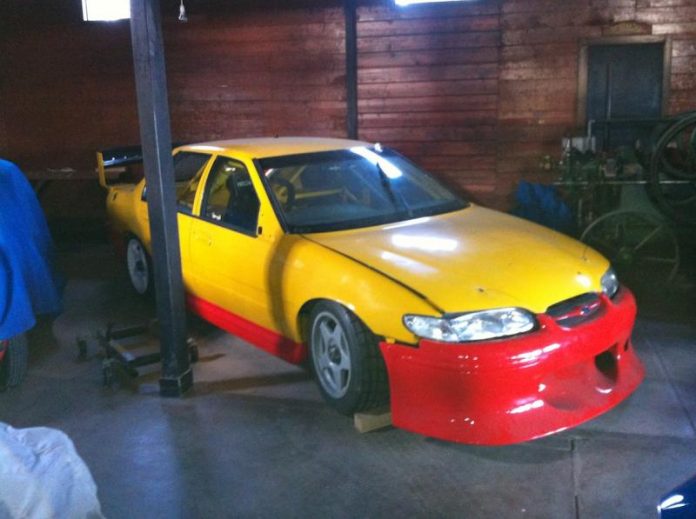 THE rise in restorations of ex-V8 Supercars continues with the news that a pair of ex-Dick Johnson Racing Falcons have returned to Australia.

Based in England for the last decade after being purchased by Mike Newton, the pair of cars have since been purchased by Asian-based Australian collector Dean Montgomery and returned to Australia.

The two cars – DJR EF4 and DJR EF6 – will now be restored to their former glory as part of Montgomery’s ever-expanding collection of Aussie racing cars.

DJR EF4 was originally built as an EB Falcon and won the 1994 Sandown 500 in the hands of Johnson and John Bowe.

It’s also the car Johnson was driving at the 1995 Bathurst round of the Shell Australian Touring Car Championship when its rear wing broke while Johnson was chatting to TV commentator Mike Raymond on-air!

DJR EF6 was built new later that season and won the 1995 Sandown 500 with Johnson and Bowe driving. It was also involved in an incident with Glenn Seton at Bathurst that took the Shell-FAI Racing team out of contention for victory.

Privateers Neil Schembri and Gary Quartly raced it at Bathurst in 2000 before it was purchased by Mike Newton and spent more than a decade overseas.