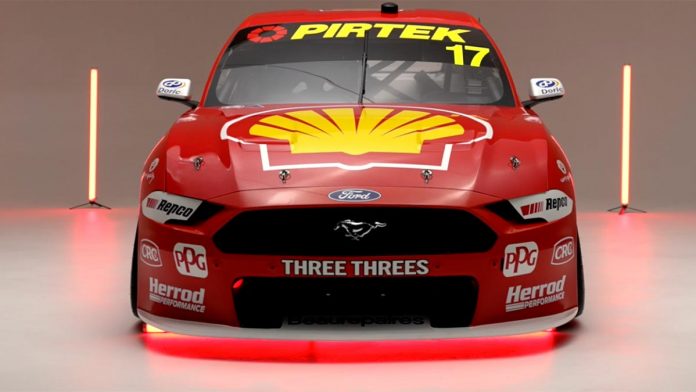 Shell will continue as the team’s primary sponsor into its new era with the team signing a new multi-year deal with Viva Energy Australia.

The team’s new recruits Will Davison and Anton De Pasquale will each receive a brand-new chassis for the 2021 season, the first for the squad after the exit of Team Penske from the championship.

The two new cars will get their first shakedown laps at Queensland Raceway on Wednesday.

“Every time you get something new it’s like a second Christmas. We’ re pretty fortunate, the teams’ thrown everything at it to give us (two new cars).”

At Triple Eight, Jamie Whincup will receive a brand-new chassis for the 2021 season, the last the team will build up as a Holden Commodore ZB as the marque and model prepare for their final seasons in the ‘main game’.

For both teams, the new cars will likely represent the last to be built under the existing Gen2 rule set prior to the introduction of Supercars’ Gen3 car in 2022.

Under Supercars rules, each car will be allowed to complete 60 kilometres of running at Queensland Raceway.

The new cars will then hit the track again on Friday for the Queensland teams’ official pre-season test day at the venue, followed by the opening round of the 2021 Repco Supercars Championship – the Repco Mt Panorama 500 – on February 24-26.