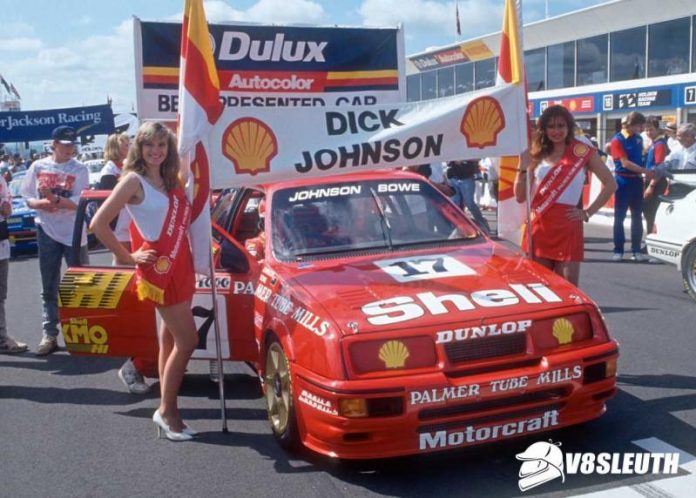 DICK Johnson’s Shell Ford Sierras were a massive part of Australian touring car racing in the 1980s and 1990s – and now the very last-built DJR turbocharged rocketship will be joining the Retro Revival Car Display at this year’s Wilson Security Sandown 500.

The last of six Sierras built by Johnson’s Queensland-based team, it competed at Bathurst in the hands of Johnson and co-driver John Bowe in 1990 and 1991.

Johnson drove it in the 1992 Australian Touring Car Championship before it also took part in the infamous wet 1992 Bathurst 1000 raced by Terry Shiel and Greg Crick and driven in practice by a very young Cameron McConville.

The car was sold to Western Australia when Australian touring car racing reverted to a Holden versus Ford V8 format for the 1993 season.

It’s the latest in a long line of race cars to be confirmed for the Retro Revival Car Display at this year’s retro-themed Sandown Supercars endurance classic.

V8 Sleuth has put together a wide range of interesting vehicles for this display and we’ll be confirming more of them over upcoming days – keep checking back to the site for what else we have coming to Sandown from September 16-18.