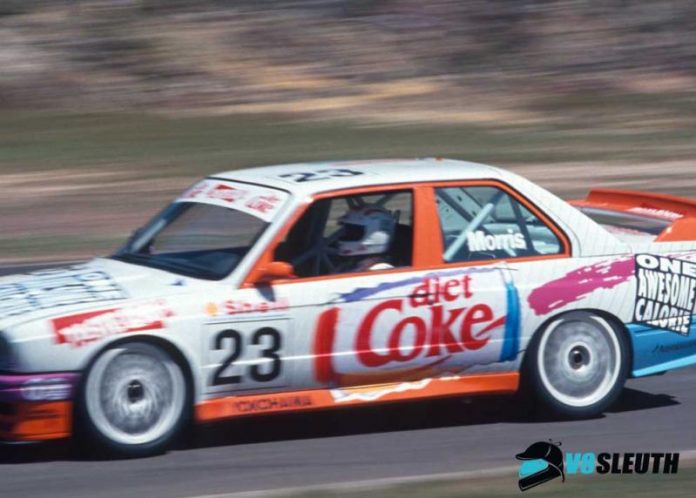 PAUL Morris is one of the V8 Sleuth’s favourite people in motor racing – says what he thinks, isn’t afraid to hold back, and knows how to get in and race hard.

He’s also got a very impressive resume having raced an amazing array of cars over the course of his career, a resume that many forget about given the ‘Dirty Dangerous Dude’ label he’s made his own over the years.

Lately we’ve been getting really involved in our office in looking into the histories of the BMW M3 Group A cars that raced in Australia in the early 1990s from the Queensland-based LOGAMO (Tony Longhurst, Frank Gardner, Terry Morris) operation.

So, as part of this, we’ve delved into the history of Paul’s 1993 Diet-Coke BMW M3 that he raced in that year’s Australian Touring Car Championship and Tooheys 1000 at Bathurst.

It forms the basis of our latest story in the very popular ‘Saturday Sleuthing’ series we provide to the Supercars Championship official website.

Click here to read all about the 1993 Paul Morris Diet-Coke BMW M3.