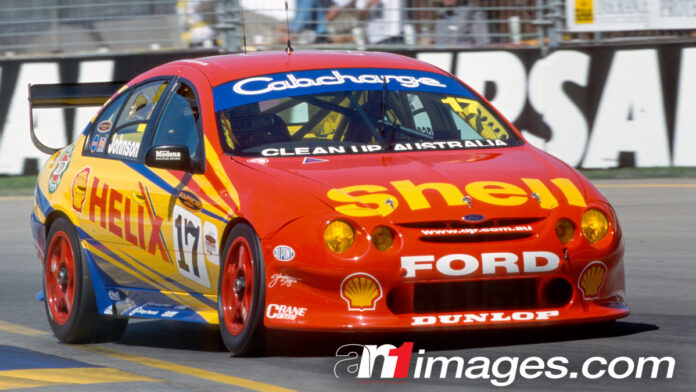 Chassis 13 was constructed for Steven Johnson to contest the 2001/2002 championship and with Paul Radisich for the enduros.

The car nicknamed “Delilah” by the team, raced under the famous number 17 and won its initial race the Queensland 500 on debut.

As the car was retired at the end of the 2002 season and went on display in the DJR Muesum, it is very rare – original condition early V8 Supercar that didn’t spend its later years being worked hard in the development categories.

The immaculate condition and originality of this car is impressive. The car was sold to DJR supporter and classic car collector David Bowden but remained on display in the DJR museum. Chris Stillwell purchased the car from the Bowdens, prepped the car for the track and enjoyed a faultless weekend at Phillip Island last year.

PODCAST: WHO ARE THE ‘IMMORTALS’ OF AUSTRALIAN MOTORSPORT?

PODCAST: THE MONARO THAT CONQUERED THE BATHURST 24 HOUR