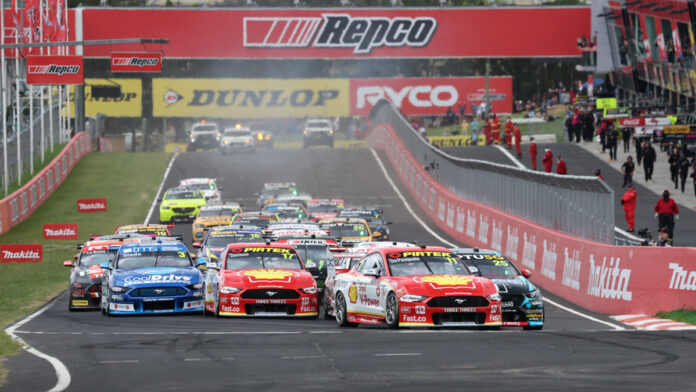 A THIRD Dick Johnson Racing-built Ford Mustang is set to be on the grid for the Repco Bathurst 1000 this October.

As revealed on the latest episode of the Castrol Motorsport News Podcast, the wildcard entry will be run by an as yet unnamed third-party team with assistance from the legendary squad.

Although details – including who will drive the car – are currently unclear, it’s believed the plan has been approved by the Supercars Commission.

DJR recently announced the driver pairings for its own entries in the race will be unchanged from 2021, fielding Anton de Pasquale/Tony D’Alberto and Will Davison/Alex Davison.

Supercars champion turned IndyCar star Scott McLaughlin has been ruled out of making a return, preferring to focus on his commitments in the USA.

Erebus and backer Boost have already confirmed that the much-publicised combination of Greg Murphy and Richie Stanaway will tackle the event, after travel restrictions called off 2021 plans.

Triple Eight has yet to make public comment on its wildcard, but it’s understood the team has committed to the program for a second straight year, this time spearheaded by Craig Lowndes.

Lowndes is expected to be joined by one of Triple Eight’s Super2 drivers in a repeat of the ‘youth and experience’ format the car ran last year with Broc Feeney and Russell Ingall.

Feeeny this year stepped into Jamie Whincup’s full-time drive at Triple Eight and is expected to be joined by the seven-time Supercars champion for Bathurst.

Three wildcards will lift the Bathurst 1000 field to 28 cars, marking the largest grid since the first year of the current Car of the Future/Gen2 ruleset in 2013.

This year is the last for the current cars before Gen3 debuts in 2023, meaning it’s the final time the Holden brand will contest the Great Race.