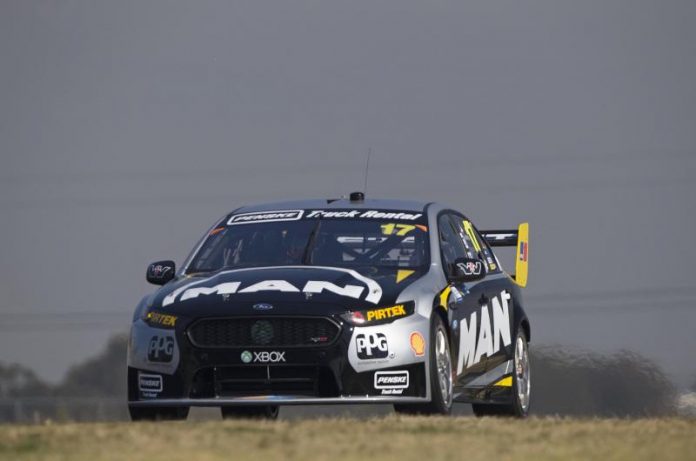 THIS weekend’s trip to Pukekohe Park Raceway in New Zealand will see DJR Team Penske wheel out its third different V8 Supercar in the last three rounds of the 2015 championship.

Scott Pye will carry the familiar MAN Trucks colours he ran at the Sydney Motorsport Park round in August this weekend, however he’ll be carrying them on a different car.

Pye will move back into the chassis he raced last year in Wilson Security colours for the team, which was in fact Tim Blanchard’s chassis in 2013 and the second Car of the Future machine completed by the team.

It has been used for ride day purposes so far this year in a generic DJR Team Penske livery and Pukekohe will be its first racing outing of the season.

DJR Team Penske has been alternating between two chassis this year, however its newest version – debuted last year in Sydney by Marcos Ambrose – was heavily damaged at the Supercheap Auto Bathurst 1000 having originally been intended to have served in all three Pirtek Enduro Cup rounds.

That forced the team to move into its other ‘alternating’ chassis for the Gold Coast 600, which had last been raced at Sydney Motorsport Park in MAN colours.

In order to keep its chassis rotation policy, the ex-Pye/Blanchard car is thus pressed back into action this weekend in New Zealand and will carry the MAN Truck and Bus colours.