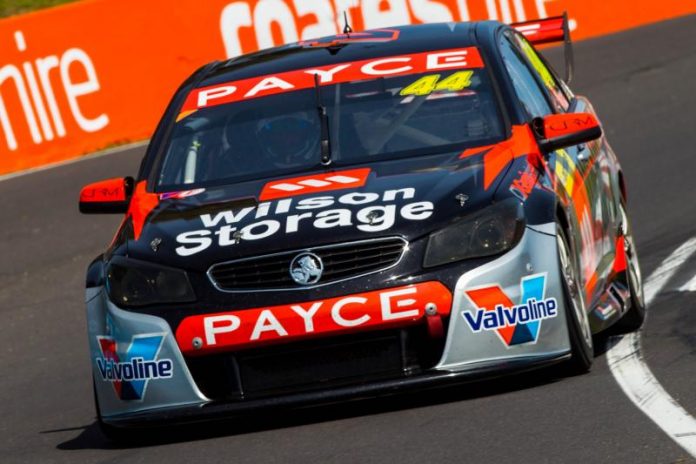 Image Racing are stepping up with ex-Garry Rogers Commodores …

LONG-STANDING Dunlop Series team, Image Racing, has secured two Car of the Future chassis for use in the 2017 Dunlop Series.

Image owner Terry Wyhoon said the alliance, combining Dragon Racing’s passion for motorsport and Image Racing’s experience and expertise in running the cars, will be a sensible arrangement for both parties.

“After more than a decade of racing, forming the partnership with Dragon and having the entire operation under one roof makes pure racing sense, especially given the current economic climate and lack of commercial partners,” Wyhoon said.

“We started talks with (Dragon owner) Tony Klein back in May and we agreed there were strong benefits for both of us.”

Image Racing will run both VF Commodores in next year’s Dunlop Series while a third chassis will also be completed with the intention of running as a wildcard entry in next year’s Supercars endurance races.

“By running a Kumho Series program as well as Dunlop Series cars the same spec as the vehicles that run in the main game, we’re well positioned to bring drivers through a development pathway and create career opportunities for them,” Wyhoon said.

“Tony has some bold plans for 2018 and beyond, which we look forward to revealing in the near future, and we’re very excited to be part of these plans.”

Image Racing’s next outing will be at this weekend’s final round of the 2016 Kumho Series at Sydney Motorsport Park, where it will run a Falcon for Tony Evangelou.