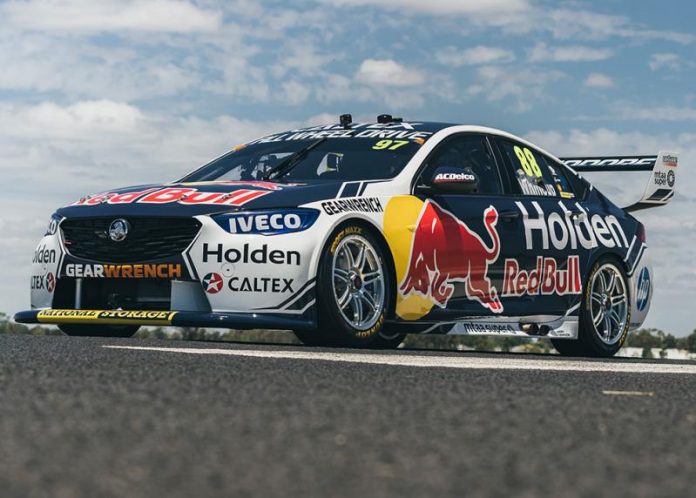 The seven-time champion will carry out a shakedown of theHolden Commodore ZB chassis he will race in 2019 at the Ipswich circuit on February 7, a week ahead of the series’ pre-season test at Phillip Island on February 14.

The car is the third ZB Whincup will race since the model’s introduction last year.

The chassis he used for all but one round of the 2018 season has been delivered to Matt Stone Racing for Todd Hazelwood, the sophomore driver testing the car for the first time late last year with Whincup and other key Triple Eight personnel on hand as part of their new technical support deal for 2019.

Damage incurred at the Gold Coast 600 forced Whincup into a different car for Pukekohe – the same chassis that carried out all the ZB Commodore development and aero homologation testing – which has now been upgraded to T8’s current specifications for Mark Winterbottom to pilot at IRWIN Racing for2019.

Whincup’s new car is a rarity on the grid for 2019, with most teams adopting to stick with their existing hardware – for the start of the season, at least – rather than building up brand new chassis.

Reigning champion Scott McLaughlin is another driver who willbe racing a brand new car in 2019, his new Ford Mustang replacing the title-winning Falcon FG X chassis that he has raced exclusively since joining DJR Team Penske at the start of 2017.

The shakedown comes amid a busy few weeks for Triple Eightwhich is set to launch its first proper attack on the Liqui-Moly Bathurst 12 Hour this weekend, partnering with Scott Taylor Motorsport to run a Vodafone-backed Mercedes AMG GT3 for Whincup, Shane van Gisbergen and Craig Lowndes.

The shakedown of Whincup’s new car at Queensland Raceway follows four days later, with the team then heading south to Melbourne and Phillip Island for the official Supercars season launch and pre-season test day on February 13-14.

Triple Eight then returns to Queensland Raceway early the following week with its reborn Super2 operation, with Kurt Kostecki and Brenton Grove carrying out a full test day ahead of the opening round of the season at the Superloop Adelaide 500 on February 28-March 3.