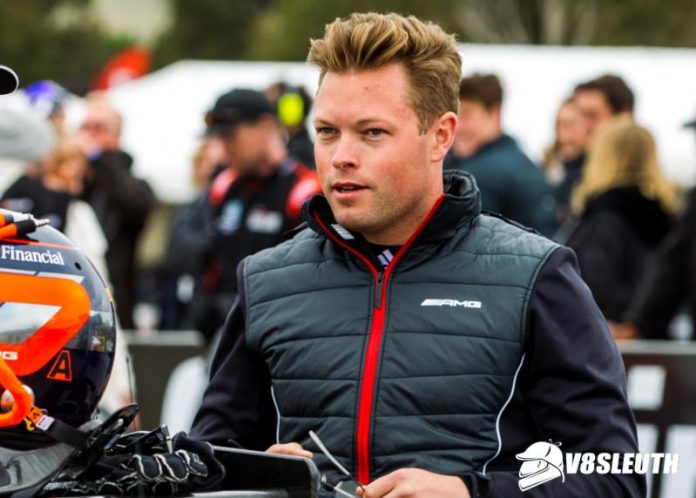 FORMER Dunlop Super2 Series champions Eggleston Motorsport have confirmed a four-car attack on the series in 2018 with the addition of reigning CAMS Australian Endurance Champion Dominic Storey to its driver line-up.

The EMS team has added another VF Commodore to its fleet for Storey to drive with the acquisition of the 2016 Bathurst-winning car from TEKNO Autosports driven by Shane van Gisbergen in 2015 and Will Davison for the last two years.

The highly successful team will field the most number of cars of any Super2 outfit in 2018 in addition to providing technical support for series newcomers Grove Motorsport, which makes its Super2 debut this year with a Triple Eight Commodore driven by Brenton Grove.

The team’s new signing Storey, 28, is no stranger to the Eggleston team having driven an EMS-run Mercedes-Benz AMG GT3 for the last two years in the CAMS Australian Endurance Championship alongside Peter Hackett.

In 2016 the pair finished runners-up in the championship but last year got the job done following a string of strong finishes and win at Hampton Downs in New Zealand.

“I’m really excited to join Super2 with a team like EMS,” says Storey.

“We have a great relationship from the past two seasons in GT and along with my long-term sponsors, Autex, I am excited about the new challenge.

“It has been something I’ve worked towards for a few years now and to progress into Super2 after winning the Australian Endurance Championship last year is a great step for my career.

“I would like to especially thank Peter Hackett for giving me the opportunity in 2016 and 2017 to help prove I have the ability to take this next step in my career, along with all my supporters for staying with me.”

The versatile Kiwi has a resume packed full of international experience, which began in 2006 where he finishing fourth in the Formula BMW Asia series as teammate to now Aussie F1 star Daniel Ricciardo.

EMS Team Manager Rachael Eggleston says: “Dom is a valued part of our EMS family so it’s great to have him step up into a Super2 car this season after a hugely successful past two seasons aboard the Mercedes AMG GT3 he drove with Peter Hackett.

“He showed that he can mix it with the best professional GT drivers in the world and was regularly quicker than factory drivers.

“He has some New Zealand V8 SuperTourer experience too so driving one of our cars won’t be completely foreign and with his extremely dedicated and professional approach, both in and out of the car, I am confident he will get up to speed quickly and be scoring some very solid results from the outset.”

The Dunlop Super2 Series kicks off for the first of seven rounds at the Adelaide 500 with opening practice on Thursday March 1.