Home News ENDURO CUP CO-DRIVER RECAP: WHO IS WHERE 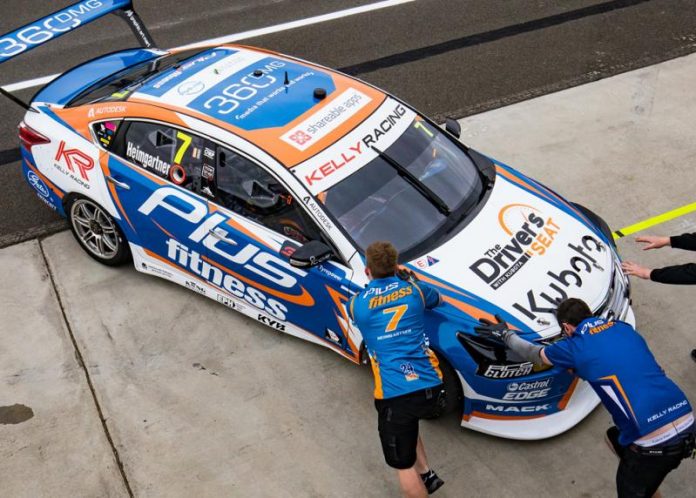 WITH another co-driver pairing confirmed, let’s take a look at how the 2019 Pirtek Enduro Cup grid is shaping up.

Kelly Racing has announced that 21-year-old Bryce Fullwood will join Andre Heimgartner in the #7 Plus Fitness Nissan for the Bathurst 1000, Gold Coast 600 and Sandown 500.

The Northern Territory product has emerged as a contender in the Dunlop Super2 Series this season aboard an Altima, a return to MW Motorsport seeing Fullwood rediscoverhis late-2017 form. He currently leads the 2019 Super2 standings after two rounds, claiming a pair of race wins in Adelaide and finishing inside the top three in four out of five races held so far.

Just over half of the 24-car field have announced their co-driver line-ups. Here’s what we know so far:

– Charlie Schwerkolt’s IRWIN Racing squad is another to have made a big signing over the off-season, picking up reigning Bathurst 1000 winnerSteven Richards to partner fellow new-hire Mark Winterbottom.

– Tickford Racing has confirmed two out of its three combinations, with Michael Caruso departing the full-time Supercars grid to join Cam Waters at Tickford Racing, while James Moffat will return for a second season alongside Chaz Mostert.

– Erebus has also opted for continuity, confirming that Luke Youlden and Will Brown will again join the team at Bathurst, the Gold Coast and Sandown.

-Walkinshaw Andretti Racing has once again opted for stability, with Jack Perkins and Warren Luff returning for their fifth and sixth enduro campaigns with the team.

– 23Red Racing will again feature an all-Davison lineup at the Enduro Cup events, with Will Davison to be joined by brother Alex for their fourth campaign together.

Tickford Racing still has one vacancy alongside new recruit Lee Holdsworth. Dean Canto, a Tickford co-driver since 2008, has confirmed he is not returning to the team this year, while 2017 Enduro Cup co-winner Steve Owen’s two-year deal with Tickford came to an end last year.Tickford’s Super2 pilot Tom Randle is a likely contender for the vacancy, pending how the 2018 Mike Kable Young Gun Award-winner fares in his sophomore season in the series.

Canto looms as a contender for a co-drive with Brad Jones Racing, the veteran set to steer Macauley Jones’ #21 Team CoolDrive entry in the Additional Drivers Practice session at the Winton SuperSprint. The owner of the #21 entry, Tim Blanchard, stepped away from full-time racing at the end of last year, but is expected to partner with Nick Percat rather than co-driving with Jones.

Garry Rogers Motorsport rolled into 2019 with a youthful full-time driver lineup for their Boost Mobile-backed Holdens, but it remains to be seen if this policy will be extended to its Enduro Cup squad.Reigning Super2 Series champion and recent TCR Australia racer Chris Pither is expected to return to fill one of the seats.

Of the remaining one-car squads, Matt Stone Racing and TEKNO are yet to confirm their Enduro Cup pilots, although Fullwood’s appointment at Kelly Racing means Todd Hazelwood will have a new co-driver come October.