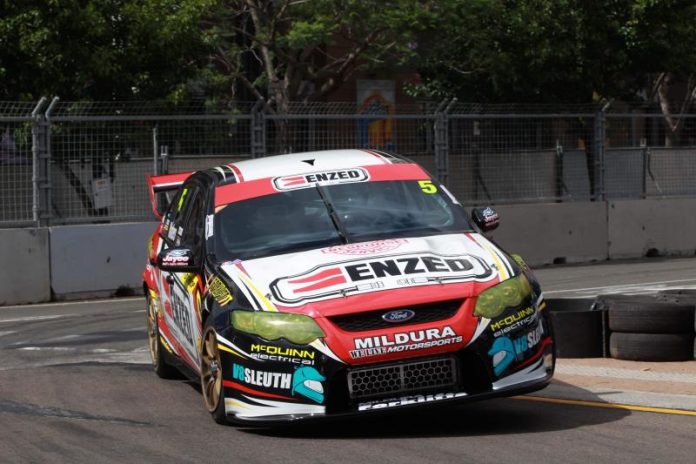 As part of its motorsport involvement this year, ENZED has connected with V8 Sleuth to bring fans a range of video and story content as well as opportunities to win incredible prizes and money-can’t-buy opportunities during 2018.

Also confirmed today is the launch of the new online ENZED Motorsport Club where fans can receive extra content, access to competitions and much more.

Become a member of the ENZED Motorsport Club here now for your chance to win an adrenalin-charged day at Queensland’s Norwell Motorplex with a full day of high performance challenges including karting, skid pan, high performance driving, Supercar hot laps and the chance to rub shoulders with one of the brightest shining young guns in the sport, Cameron Waters.

One lucky V8 Sleuth reader will get the chance to win a spot at this special day too – details to come on this soon!

ENZED’s long connection with Australian motorsport dates back to the establishment of Larry Perkins’ race team in 1986 and has included Bathurst programs with former race winner Peter McLeod in the mid-1990s and with Brad Jones Racing in the early 2000s.

It has supported Mildura-raised Waters throughout his career from Formula Vee through Formula Ford, the Dunlop Super2 Series and now with Tickford Racing in the Virgin Australia Supercars Championship.

“There’s no doubt that Aaron and his prominent profile in the Australian motorsport media, both through television, print and online via his V8 Sleuth website and highly-connected social media platform, provides a brilliant connection for us,” he says.

“We want to ensure we’re always looking for the best ways of reaching our existing and new customers via sharing the ENZED story, both on and off the race track, and V8 Sleuth directly connects us with an audience that have proven to be passionate and highly engaged.

“We’re going to go down memory lane this year with a look at some great cars from both ENZED’s racing history and motorsport history in general, as well as providing access to some fantastic competitions and very significant prizes.”

V8 Sleuth MD Aaron Noonan says the connection with ENZED is exciting for his industry-respected and ever-growing digital platform.

“This relationship with ENZED now brings two organisations together that actually have a previous indirect connection,” he says.

“We supported Cameron Waters at the Bathurst and Sydney rounds of the Dunlop Series in 2015, the year he won the title aboard the ENZED Falcon.

“To now work directly with ENZED is fantastic, we have some great plans for this year and will be able to open the door to fans to some amazing prizes and share video and written stories that will appeal to a wide readership.”

Join the ENZED Motorsport Club here to make sure you enter to go into the draw to win an adrenalin-charged day at Queensland’s Norwell Motorplex.