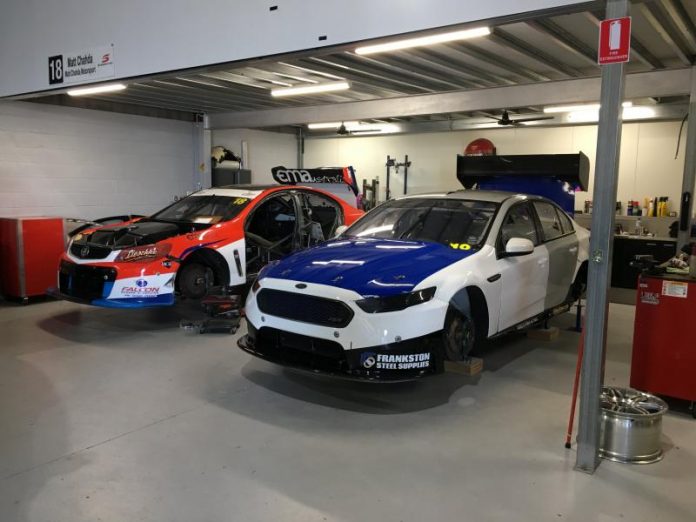 Chahda and his family-run team have locked in a deal to run the Falcon FG X from their Albury workshop next year.

The car, owned by Brad Fullwood, was driven by Fullwood’s son Bryce in the early rounds of this year’s Super2 Series and run by Matt Stone Racing before the team moved away from its pair of Falcons sourced from DJR Team Penske mid-year.

The Chahdas will lease the car for the 2019 season from Fullwood Snr and still have the Lucas Dumbrell-owned Commodore VF they raced this year in their workshop, maintaining an interest in running a two-car operation next year.

“We’re leasing the car (Falcon) for next year and getting a Mostech Race Engines motor as well to run in it,” Amin Chahda told V8 Sleuth this week.

“Brad Fullwood owns the car, he bought it and it went to MSR to be run there until they decided to park it after the first three rounds.

“We’re keen to also run the Commodore to run a two-car operation to give Matt a teammate.

“Although we’d be running a Falcon and Commodore, just having a teammate to bounce off would be of huge help for him, he’s never had that before.

“People think having two sets of information from two drivers doesn’t really matter but it does. It gives something to bounce ideas off and competition internally helps move both drivers forwards.

“Yes, having two different cars will be a bit hard but we’ve got some really good setup data on the Commodore so we don’t have to go chasing that car, it’s a known thing.”

Chahda finished 20th in this year’s Dunlop Super2 Series, his fourth in the development category of Supercars. He finished 16th in the 2017 series pointscore.

The Falcon that Chahda Jnr will drive in next year’s Super2 Series was originally run by Dick Johnson Racing in 2013.

It was the car used by Chaz Mostert when he joined the team early that season and in which he scored his breakthrough first Supercars Championship race win at Queensland Raceway that year.

It also ran with V8 Sleuth signage at that year’s Sandown 500 and became the retro Greens-Tuf car for the 2013 Supercheap Auto Bathurst 1000 with Mostert and Dale Wood at the helm.