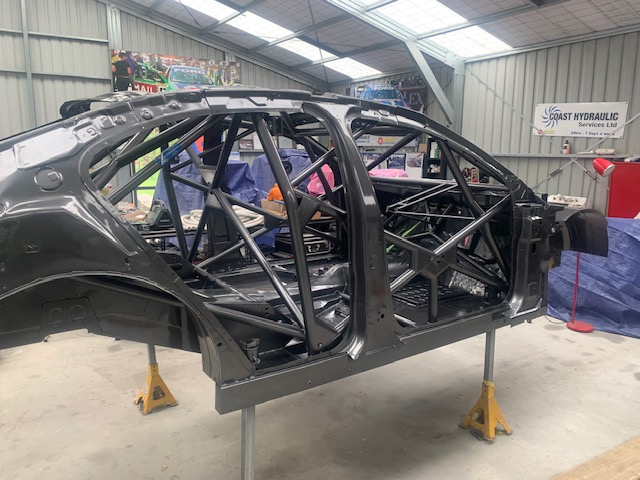 THE Falcon FG V8 Supercar that took Fabian Coulthard to his first podium finish in the V8 Supercars Championship at Symmons Plains in 2009 is coming back to life.

Later raced by Dean Fiore for his own Triple F Racing team and spending a year in Jim Beam colours run out of Dick Johnson Racing’s workshop in 2012, the FG Falcon (888A-017) was sold to Kiwi Richard Atkinson last year.

Damaged last time it was on track at Bathurst in the hands of Jack Smith in 2016, the chassis has been fixed and painted and assembly is due to start soon.

Further history of the chassis is available here in the news story we published last April when Atkinson did the deal to purchase the car.