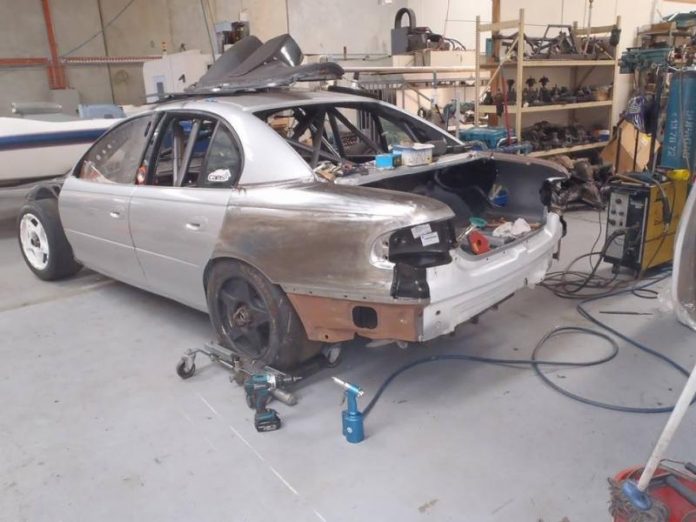 ONE of Garth Tander’s former Valvoline/Garry Rogers Motorsport Commodores is making a comeback.

Tander’s 2001 and 2002 VX model Commodore was purchased late last year by Touring Car Masters driver Tony Edwards, who has begun the job of converting the car back to VX spec from VY.

Edwards has sold his Torana SLR/5000 TCM car and intends on competing occasionally in the Kumho Tyres Australian V8 Touring Car Series with the ex-GRM Commodore.

The chassis has had a long journey since debuting in Tander’s hands back in 2001.

It competed in the Development Series with the Sydney Star Racing team and later in its life was the subject of controversy in the hands of a subsequent owner, eventually being placed up for auction and secured from another party by Edwards last year.