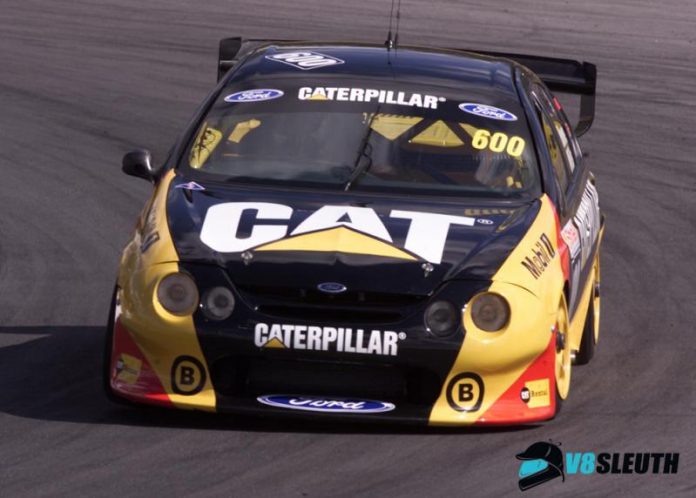 The time a Supercars team courted a Portuguese Formula 1 racer…

SUPERCARS has seen several international racers with Formula 1 testing experience join its full-time grid in the past two decades.

But do you remember the time when a Supercars team actively courted a former Formula 1 racer for a full-time tilt at the championship?

John Briggs had purchased the operation that ran John Bowe’s Caterpillar Ford in mid-1999, and on the eve of the 2001 Bathurst 1000 revealed that Briggs Motorsport was expanding to three cars for 2002 with its sights set on luring a big international name.

However, his F1 career lost momentum after a massive testing accident at Silverstone in 1994 left him with serious leg injuries which sidelined him for the remainder of the season.

He returned with Minardi in 1995 and claimed the best result of his career in Adelaide, becoming the first Portuguese driver to score a world championship point in F1 with sixth place. All up, he took part in three Australian Grand Prix, including the inaugural race at Albert Park in 1996.

By 2001, Lamy was racing touring cars and sports car, but had quit his Mercedes-Benz DTM drive two races into the season.

With former Mercedes engineer Alex Zoechling now working at Briggs’ squad, the team got in touch with Lamy later that year.

“I was invited to do a test to see if I was able to fit in the team,” Lamy told V8 Sleuth.

He was one of a handful of international drivers who tested the Briggs team’s #600 Falcon at Queensland Raceway that December, with fellow Mercedes DTM pilot Marcel Tiemann sharing the car over the two-day test.

“It was fun,” Lamy said. “The car was different than the cars from today. It had a H-pattern gearbox and for me it was difficult for me.

“I didn’t have many laps, and the fact that it was a right-hand drive, changing gears with the left (hand) was a bit difficult.

“But at the end I was doing well. It was good fun. But then they had another possibility and took another driver.

“And then I went to Surfers Paradise – which was good!”

Ironically, Lamy would end up racing a car very similar to those in Supercars when he returned home for 2002.

He drove for Zakspeed in Germany’s V8Star Series, which featured spaceframe chassis clothed in sedan bodywork, powered by a 5.7-litre V8 engine. Lamy raced in the championship for two seasons, winning the final running of the series in 2003.

Lamy has since carved out a career in sports car racing, winning his class in the FIA World Endurance Championship in 2017 with Aston Martin, twice finishing second overall in the Le Mans 24 Hours and notching up a class victory in 2012.

He has also been an annual visitor to Australia in recent years for the Liqui-Moly Bathurst 12 Hour, winning the ProAm class in 2019 with Paul Dalla Lana and Mathias Lauda in a Ferrari 488 GT3.