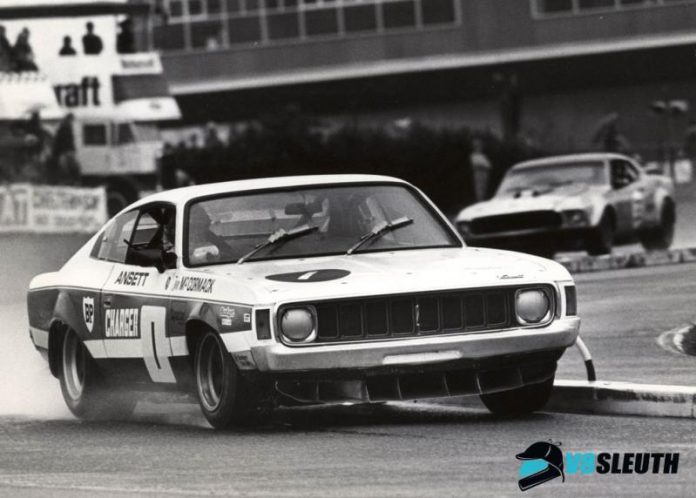 ONE of Australia’s most famous Sports Sedan race cars of the iconic 1970s will make its first public appearance since being restored at next weekend’s Muscle Car Masters event at Sydney Motorsport Park on October 29-30.

The famous Ansett Valiant Charger driven by three-time Australian Drivers Champion John McCormack and now owned by former racer Mark Trenoweth will be on static display after many years unseen by the racing public.

As a special bonus, McCormack himself and two of his other groundbreaking Sports Sedans from the period – the Repco V8-powered Celica now owned by Bruce Gowans and the Jaguar XJ-S now also owned by Trenoweth – will be on hand at Muscle Car Masters.

Powered by a Repco-Holden five-litre V8 engine mounted right alongside the driver in a bid to optimize weight distribution – a practice adopted by virtually all successful Sports Sedans in the years that followed – McCormack’s Charger debuted in early 1974 and was instantly a success.

The Tasmanian won the prestigious Toby Lee Sports Sedan Series at Oran Park in 1974 aboard the Charger, which remains one of the iconic cars from the early era of Australian Sports Sedan racing.

McCormack, who won the Australian Drivers Championship in 1973, 1975 and 1977, was one of Australia’s top open wheeler drivers of the 1970s and is among a long list of famous racing names to attend this year’s Muscle Car Masters.