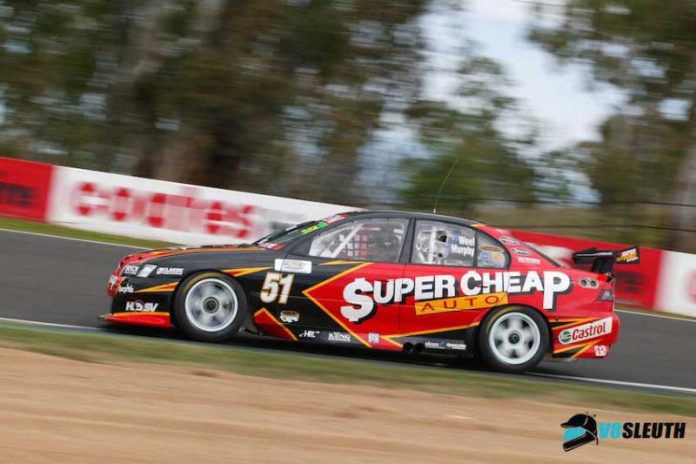 SUPERCHEAP Auto will continue the celebration of its 20 year involvement in Supercars with a special heritage display of significant Supercheap Auto racecars at this year’s Supercheap Auto Bathurst 1000 in October.

The brand began its Supercars program back in 1998 and has continued its association through to the present day, supporting the Supercheap Auto Falcon driven by PRA’s Chaz Mostert.

Two racecars will travel to the Mountain in October for the display, one each representing the brand’s time with both Ford and Holden.

Featured will be the original John Briggs Motor Sport EL Falcon with which Supercheap Auto began its association with the category.

This Falcon represented the brand in the 1998 and 1999 seasons and competed at Bathurst in ’99 with drivers Bob Thorn and Todd Wanless.

Also featured will be the ex-PWR run Supercheap Auto VZ Commodore raced by Kiwi Greg Murphy in 2005 and 2006.

Murphy used this car to famously clean sweep his home event at Pukekohe Park in New Zealand in 2005.

He later shared it with Paul Weel in the ’05 Bathurst 1000 where the car was badly damaged at the Cutting after an infamous altercation with Marcos Ambrose.

The two heritage racecars will be featured at Supercheap Auto’s Track Store located at Harris Park, and will be on display Thursday to Sunday of race week.