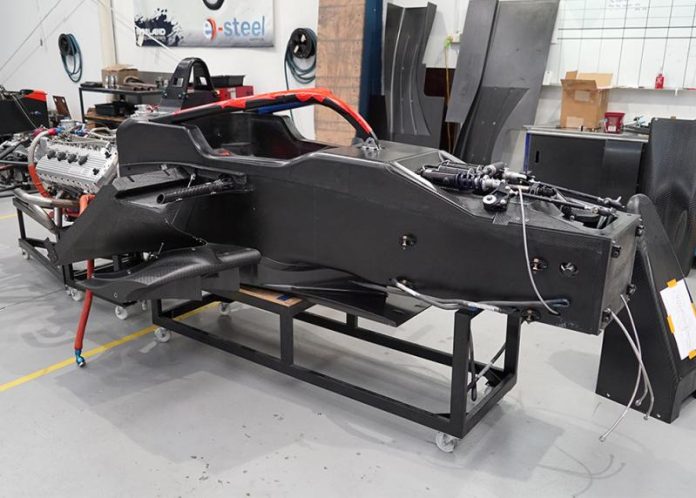 WORK has officially begun on the first S5000 chassis to arrive in Australia ahead of the category’s long-awaited debut in 2019.

The Onroak-Ligier chassis arrived in Melbourne earlier this week from the United States and work is already underway on turning it into the first operational S5000 race car at Borland Racing Developments in Melbourne.

First images of the S5000 show early stages of the build process including fitment of the Holinger sequential gearbox and Ford Coyote V8 powerplant to the carbon-fibre tub.

Click here to read our news story on the announcement of the S5000 category.

“I had the fortune of seeing the chassis at Onroak’s factory in the USA, and they are an amazing piece of modern, sophisticated machinery,” he says.

“No time or effort has been spared on the detail. These cars are of a first class, comparable to any top-line international open wheel series.”

One distinguishing feature of the new car is the much-debated ‘halo’ device, fitted to international open-wheel categories at the beginning of the 2018 season.

The halo’s inclusion on the new S5000 makes it the first Australian racing class to feature the FIA-mandated protective device.

The new car is expected to prove a quick and spectacular machine when it hits the track in the near future given its 500-plus horsepower and large 17-inch wide rear tyres.

Expect further S5000 announcements in the coming weeks and months as the category looks to sign off on a racing calendar and a number of technical details ahead of its debut season in 2019. 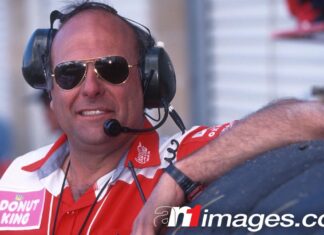