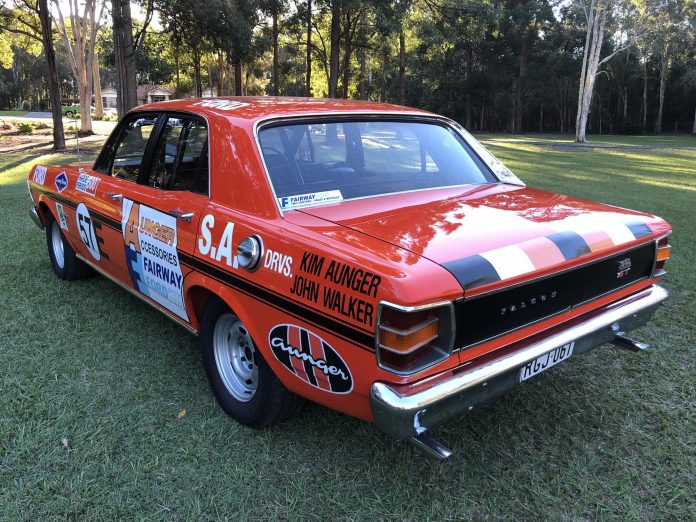 Here is an awesome piece of Ford and Bathurst racing history – expressions of interest are currently being taken for this rare piece of muscle car history.

The owners are open to taking another car as part payment if suitable.

This is the genuine Brambles Red Ford Falcon XW GT-HO Phase II owned and driven by the late Kim Aunger and co-driver John Walker in the 1970 Hardie-Ferodo 500 at Bathurst.

Car has a re-issued CAMS Log Book and a very sought-after Gold Certificate of Description.

Owned by the same family since 1973 before current owners acquired the car, this car now has 89,000 miles on the clock.

Car featured at Bathurst 2018 as part of Heroes and Legends Marquee in the Farewell to Falcon display, including turning a lap around in the track in the pre race parade – the cars first trip back to Bathurst since 1970.

This car competed in The Great Race that year and retired due to engine problems, though the body was unscathed.

It raced the following weekend at Mallala and won a Series Production race, broke the lap record, emerged unscathed and was then laid up.

The car is currently unregistered, has personalised plates with the same number and colours as it was originally registered with.

This is most certainly a special Bathurst race car from the amazing muscle car era.