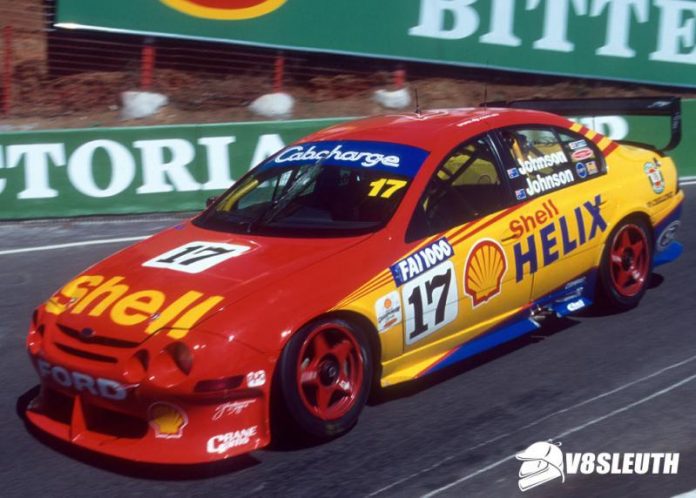 AUSTRALIAN motorsport legend Dick Johnson has been confirmed to write the foreword for the exciting new ‘Ford at Bathurst, 1963-2018, The Ultimate Photographic History’ book being produced by V8 Sleuth’s Aaron Noonan.

Don’t miss out and pre-order your copy here right now!

This 360 page, hardcover, limited edition collector’s book will include over 750 photos, featuring every Ford to have competed in the Bathurst 500/1000 between 1963 and 2018, as well as non-starting cars, non-qualifiers, spare and test/training cars too.

The release of the book also coincides with final year that Falcons will race in the Bathurst 1000, ensuring every Falcon to compete in The Great Race will appear in this publication, before the Mustang is introduced into Supercars competition in 2019.

Three-time Bathurst 1000 winner and five-time Australian Touring Car Champion, Johnson is synonymous with Ford and Mount Panorama, having taken three wins aboard Fords and made all bar two of his 26 Bathurst 1000 starts aboard Ford products.

Johnson took victory in 1981, 1989 and 1994 with his own team that continues to pursue Bathurst success in the form of DJR Team Penske in the Virgin Australia Supercars Championship.

He finished on the podium at Bathurst a total of six times and scored 12 top 10 finishes in the classic race, making his final start in 1999 alongside son Steven.

“I am excited to be working with a legend of the sport, an enduring Ford icon and a guy that has given me great assistance over the years in all sorts of ways,” says V8 Sleuth’s Aaron Noonan.

“His Bathurst wins came in some of the most hard-fought situations and his loyalty to Ford makes him the ideal legend to be involved in this book.

“No doubt there are many fans looking forward to reading what he has to say.”

The Supercars team owner will pen his thoughts on both he and Ford’s racing history at Bathurst in the foreword of the new book, which is available for pre-order now.

Pre-order your copy of this limited edition collector’s release here.