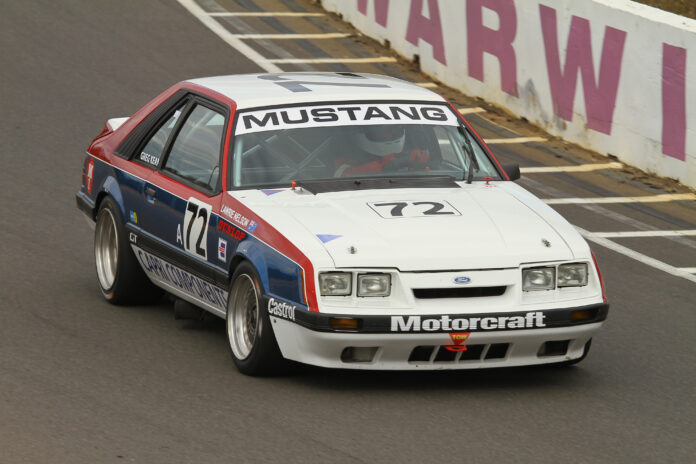 Now on the market via V8 Sleuth is this fantastic piece of Australian Group A touring car racing history, the only Ford Mustang ‘Fox Body’ to compete at the start and the end of the international Group A era in this country.

Lawrie Nelson imported this car as a Mustang GT from the United States and built it into the Capri Components Group A Mustang.

The car debuted at the 1984 James Hardie 1000 at Bathurst in the Group A class and also competed in the last period Group A event in Australia at the 1992 Australian Grand Prix in Adelaide.

In between it raced in the Australian Touring Car Championship and Australian Endurance Championship, including at the Bathurst 1000 and Sandown 500.

Given this car ran through to the end of the Group A era, it was allowed many homologation upgrades, making it the highest specification Mustang of its type.

Car has a Motorsport Australia Certificate of Description, documenting all three of its owners and is the cheapest front running Group A Historic car to purchase and maintain and is eligible to race in HTC in Australia and around the world.

Car is based in New South Wales and available to inspect.