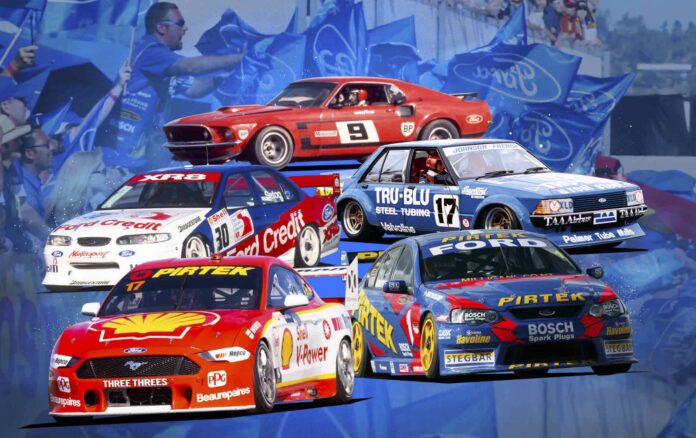 FORD reached a magic milestone in the history of the Australian Touring Car/Supercars Championship at The Bend Motorsport Park, claiming its 400th race win in the championship.

Anton De Pasquale’s win on Sunday May 9, Mother’s Day, delivered the 400th win for the ‘Blue Oval’, a milestone that is being celebrated for Ford fans in a new official limited edition collector’s print available here to pre-order now.

Officially licenced by Ford, this limited-edition collector’s print is available now to pre-order here via the V8 Sleuth Online Bookshop.