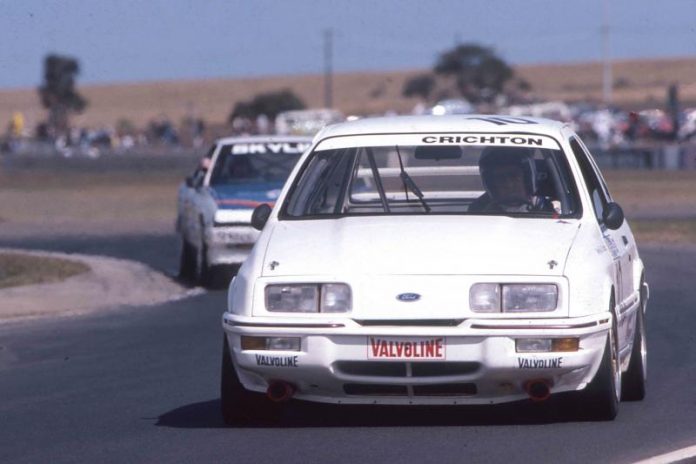 Eggenberger Ford that raced in Australia 30 years ago undergoing restoration – but it’s not an RS500!

A FORGOTTEN Ford Sierra from the Group A era of Australian touring car racing has popped back up on the market overseas.

Originally built by Eggenberger Motorsport, the Ford Sierra XR4Ti was reportedlyraced in the 1986 European Touring Car Championship by Steve Soper.

Soper and Neville Crichton ran the car in the early 1987 Nissan-Mobil 500 eventsin New Zealand (finishing fourth at Wellington and sixth at Pukekohe)before Crichton and the late Denny Hulme drove it in two rounds each of that year’s Shell Ultra Australian Touring Car Championship.

The car eventually wound up in New Zealand and was later converted to RS500 Cosworth specification.

It has since been converted back to original ’86 specification and is currently undergoing a full rebuild and restoration in the United Kingdom and will be delivered with period livery and FIA HTP (Historic Technical Passport).

The car is being sold through James Hanson’s Speedmaster Ltd’s organisation with further details listed here.