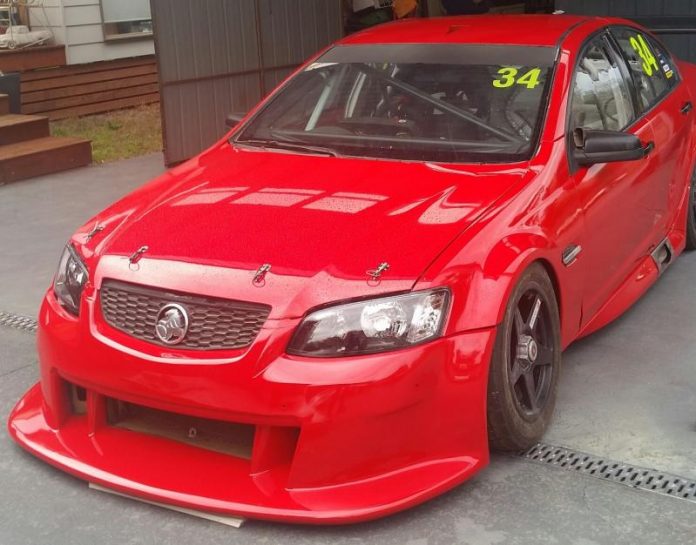 THE Garry Rogers Motorsport Commodore driven by Michael Caruso to his inaugural V8 Supercar Championship race win at Hidden Valley 10 years ago has re-appeared – and is about to return to the race track.

Victorian Sports Sedan racer Terry Hamilton, who will make his race debut in the car at Phillip Island’s next round of the state series this weekend, has recently acquired the VE model Commodore.

Hamilton has been racing a VS Commodore Sports Sedan in recent time, though has placed the car up for sale here in the V8 Sleuth Showroom and made the move into the ex-V8 Supercar.

His new mount was one of multiple V8 Supercar race cars owned by the late Tony Klein, former head of the Dragon Motor Racing squad. Klein passed away unexpectedly earlier this year.

It last competed in the Dunlop Super2 Series in 2016 in the hands of Chelsea Angelo, above, who drove it in a black livery in the opening three rounds of that year’s series before it lay idle for the last three years.

Previously James Golding had raced it in his first full season in the Super2 Series in 2015.

Its racing life began in 2009 with GRM and Caruso took it to victory in the Sunday race in Darwin that year, leading home Alex Davison and Craig Lowndes to take his maiden win in the category.

This victory is included in our new book documenting each of the Commodore’s first 500 championship race wins from 1980 to this year with a photo of each winning car featured – including Caruso’s Darwin 2009 winner.

Pre order the new book here, it’s a limited edition and a must for all Holden fans.

The car in focus was used by GRM for four seasons by various drivers, including Caruso, Lee Holdsworth and Alex Premat, before the team moved to new Car of the Future-specification machinery for 2013.