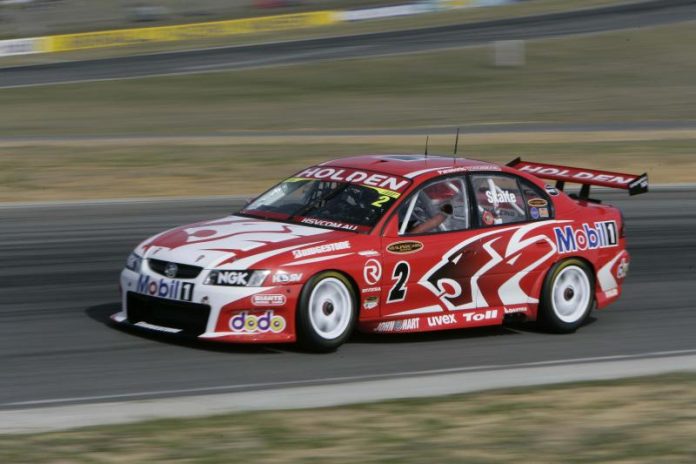 TEN former V8 Supercars will provide some rumbling V8 action at this year’s Liqui-Moly Bathurst 12 Hour GT race when they compete in the Combined Sedans support category at the February event.

Running as V8 Touring Cars, the V8 Falcons and Commodores that formerly competed in the Supercars Championship and Dunlop Series will be up against a strong roster of top level Sports Sedans competing in their own separate Spaceframe and Chassis classes.

There is yet to be a driver named in the #11 Commodore entry.

In recent times the V8 Touring Cars have dominated the Combined Sedan races, but last year saw Spaceframe Sports Sedan driver Steven Lacey turn the tables on the them with an outright victory, finishing with a second and two wins in the three races.

Steven, who is also the joint Category Manager with his wife Bronwyn, said competition within the three Classes within Combined Sedans is friendly rivalry.

“The competitors throughout the field battle with each other in their respective classes, but taking home the outright victory is the goal for a number of the front runners,” he says.

“Combined Sedans gives drivers of a number of different car classes the chance to race at the Mountain that they otherwise wouldn’t have, if the field was restricted to just one class type.

“It’s with the support of the team at Liqui-Moly Bathurst 12 Hour as the event promoter and CAMS that the Australian Sports Sedan Association – NSW Division is able to give these drivers the experience of a life time racing at Mount Panorama, Bathurst.”