Home News FORMER TCM CHAMP BACK ON THE GRID IN 2019 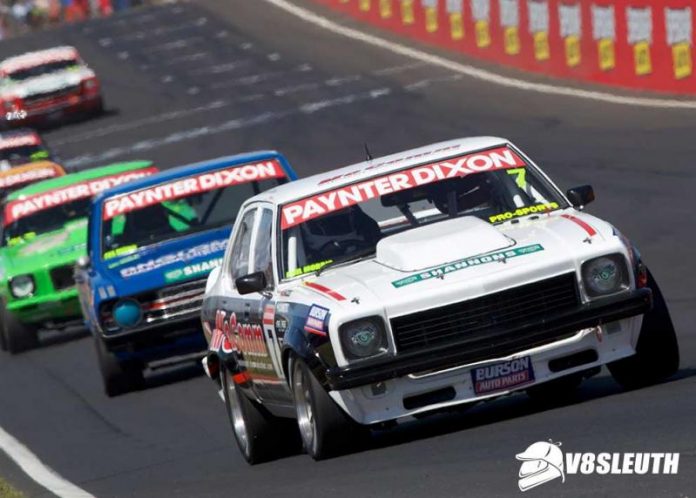 Gavin Bullas is back in Touring Car Masters, but not in his iconic Boss Mustang…

TWO-time Touring Car Masters champion Gavin Bullas will be back on the grid when the series’ 2019 season gets underway in Adelaide.

Bullas has completed a deal to race Jim Pollicina’s 2019 ProSport class-winning Holden Torana A9X four-door in the opening round at the Superloop Adelaide 500.

“I’m driving the Jim Pollicina MoComm Motorsport Torana that he’s been campaigning for the last couple of years,” he told V8 Sleuth.

Bullas and his 1969 Ford Mustang are TCM stalwarts, finishing second in the category’s debut season in 2007 before sweeping both the 2008 and 2009 titles.

He spent several seasons out of the sport but returned aboard the rebuiltMustang for the Newcastle finale in 2017, qualifying on the front row for Adelaide’s opening round last year before an engine failure at Symmons Plains saw Bullas sidelined again.

The plan was for Bullas to race the Mustang later in the TCM season,but that will now depend on how he fares in the Torana.

“I’m just waiting for my engine to come on the Mustang – which isn’t going to be ready yet, so we don’t have a car – so I figure I’ll run the Torana,” he said.

“But if I really like the Torana, maybe I’ll just put the Mustang aside and run that for the rest of the year. We’ll just wait and see how it goes.”

While Bullas is most closely associated with racing iconic Ford muscle in TCM, Adelaide won’t be his first dabble aboard a GM product, having raced a Chevrolet Camaro at the Gold Coast round in 2011.

“Mate, I’m a racer so I don’t care what I drive to be honest,” he said. “If I can put it down, I’m a racing slut: I’ll drive anything that goes!

“I’m not going to run a car unless it’s competitive (and) unless it’s a front-running car, I don’t really want to drive it.

“I’m pretty sure that this Torana will be a front-running car. It won a race last year, so I think that we should be able to campaign it pretty well.”

The 2019 Paynter Dixon Touring Car Masters season gets underway on the support card at the Superloop Adelaide 500 from February 28-March 3.