Home News FORMER V8 SUPERCAR FALCON ON THE ROAD BACK 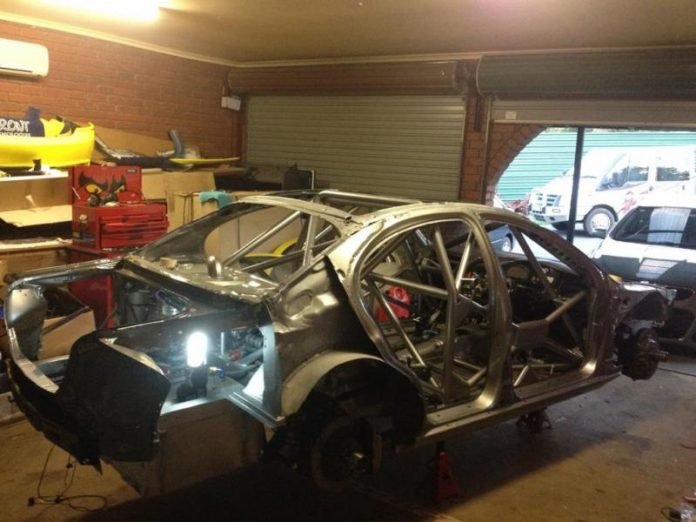 As these V8 Sleuth images show, the ex-FPR, ex-Britek, ex-Sieders Falcon has been completed stripped, painted inside and underneath and is currently being re-assembled with all new panels and doors, some coming from original FPR stock and others from its time at Britek.

The car is being restored back to its 2004 Ford Credit/FPV livery as raced by Seton as the #5 Falcon in the second of his two seasons racing with FPR after he had sold his team to Prodrive boss David Richards.

The car is planned to debut and head back to the track in March alongside its sister chassis, which was driven by Craig Lowndes in 2004, also his last year with FPR.

The V8 Sleuth will keep you in the loop with how things are progressing on this one, but add it to the list of former V8 Supercars being brought back to life by enthusiastic owners!