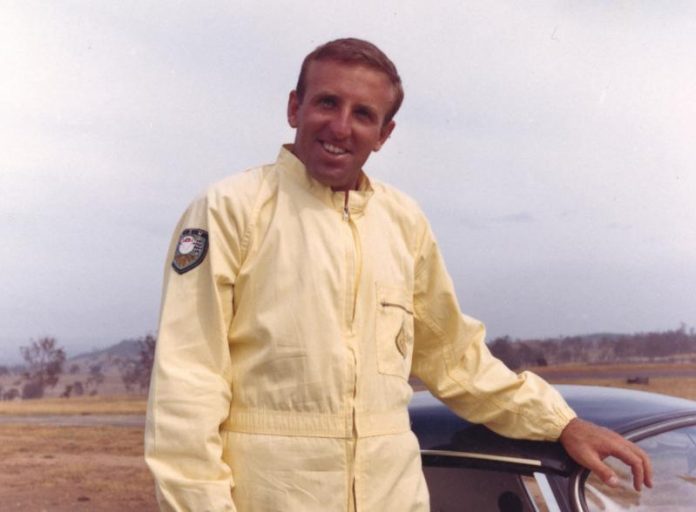 1967 Bathurst winner reflects on this victory 50 years on …

IT’S hard to believe it’s been 50 years since the Ford Falcon took its maiden win in the Great Race at Bathurst.

When Fred Gibson and Harry Firth drove their Ford XR GT Falcon to victory in the 1967 Gallaher 500 it started a long tradition of success for the blue oval on the Mountain.

“I think it’s amazing how fast the time has passed,” Gibson told V8 Sleuth this week.

“I can still remember the day I first my Harry. The invitation had come from Ford Motor Company; they rang and asked if I was interested in driving with Harry Firth at Bathurst. Frank Matich was supposed to drive the car but couldn’t get back here in time from America and I said of course I would!

“They said you’d better meet Harry, so I drove to Bathurst and met him, he opened the motel door in his pyjamas and that’s how I met him for the first time. We had a conversation and discussed what was going to happen. I was going to be the relief driver in the car.

“As it turned out I qualified the car and was lead driver and Harry ran the pits. It was amazing to see the way he did things. Typical Harry, back in those days he explained to me how to drive around the track at Bathurst to be quick.

“I knew the car would be a good car because he was renowned for having a good car. I initially had pole, but on the last lap Pete Geoghegan knocked us off by a thousandth of a second. So I thought that was pretty special to be up there with Pete Geoghegan around Bathurst in a Falcon.

“I hadn’t driven a big car up to that point. It was very different to the Lotus Elan I was racing at the time. The Falcon just used the standard lap seat belt and the standard bucket seat. You had to hold the steering wheel tighter because that’s all that held you in the seat.

“It was a big heavy car but it was a good car, naturally, because it was a Harry Firth car.

“A couple of times during the race I thought I was doing OK and ‘H’ stepped out to the edge of the track and with his thumb told me to move it along, because there were no radios back in those days. So I went a bit faster.

“I did what I was supposed to do for the day. Harry did the short stints and I did the long stints.

“The Falcon was a lot faster than the smaller cars down the straight but you had to be very careful of the smaller cars. The speed difference was huge and the GT was the quickest of the big cars.”

The end of the 1967 Bathurst race was clouded in controversy after lap scorers miscounted an extra lap by Ford teammates Pete and Leo Geoghegan and gave them the chequered flag with the Gibson/Firth car scored in second.

“As far as Harry was concerned we had won the race,” recalls Gibson.

“The Geoghegans ran out of fuel going past the pits, and they started to splutter going around Hell Corner. They came into the back of the pits and came back out again on the straight, and the lap scorers gave them an extra lap because they went past the control tower.

“So in theory they finished a lap ahead. But Harry had his own lap scorers there and there was no way that the Geoghegans’ won the race. We won the race.

“It was disappointing for Harry and for me because at the podium we were second. They only presented the winner’s trophy to us at the ARDC in Sydney some time later.

“This was especially disappointing for Harry because he didn’t like the way it happened. He’d prepared the Geoghegan car and given it to them to race. He thought they would have been able to say ‘no, we came in the back pits’ and could have corrected the error.”

Gibson will return to Bathurst this October to be honored among other Australian racing greats in Supercars’ and the Bathurst City Council’s ‘Legend’s Lane’.

“Driving the ’67 Falcon around Bathurst, even though it will be slow, will be very special. It’ll bring back a lot of memories for sure.”