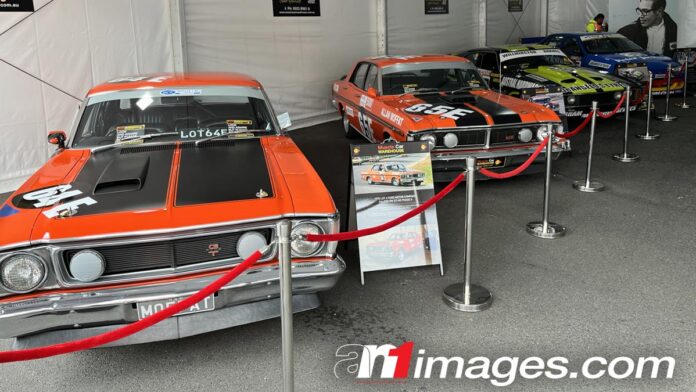 FORD’S rich history at Mount Panorama is being celebrated with a display of classic Falcons in the paddock area at the Repco Bathurst 1000.

Put together by Muscle Car Warehouse, the Ford exhibition features a trio of Falcons from the 1970s, alongside four more contemporary V8 Supercars.

NEWS: Winterbottom’s title-winner up for auction

Ford is this weekend gunning for its 21st Bathurst victory in what will be the second last time it takes on arch-rival Holden.

The Blue Oval’s 2023 contender, a Mustang built to Supercars’ Gen3 rules, will be unveiled on Friday alongside its new opponent: a Chevrolet Camaro.