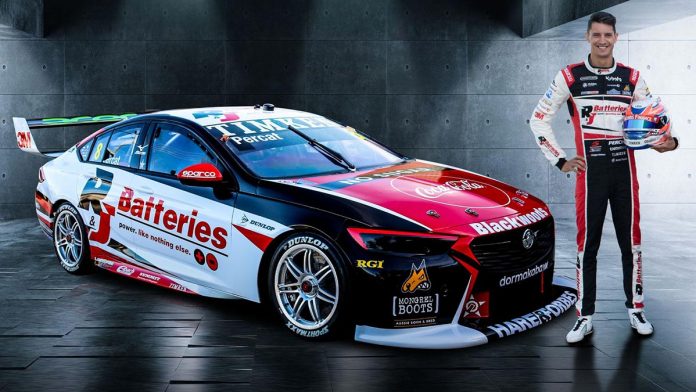 NICK Percat will roll out at the season-opening Repco Mount Panorama 500 in familiar colours.

The #8 Brad Jones Racing entry will carry primary backing from R&J Batteries for the full 2021 season, marking the first time that Percat’s car has not employed a rotating primary sponsorship model since he joined the team in 2017.

Joining R&J Batteries is another of the team’s long-time partners Coca-Cola Amatil, with the soft drink brand represented on the Commodore’s bonnet.

The 2020 season was Percat’s best in the Repco Supercars Championship to date, headlined by a pair of race victories at Sydney Motorsport Park on the way to seventh place in the final season standings.

Percat had been even higher prior to the final round of the season at the Bathurst 1000, where delays through mechanical issues relegated he and co-driver Thomas Randle to a distant 18th place finish.

However, Percat hopes the #8 Holden will retain its pace from last October: he was the big mover in the Top 10 Shootout with a lap that vaulted him from 10th to fourth, although he was subsequently excluded for his car being two kilograms underweight.

“Coming off the back of my best season in Supercars and great speed, I’m very confident we will continue this into the season ahead,” Percat said.

“I’m hoping we can repeat the speed we had at Bathurst last year for Round 1 this year.

“The team has had a good break and we have some new updates for the cars to try and take another step forward in battle for race wins each weekend.”

The lifting of Victoria’s COVID-19 induced lockdown means Percat will turn his first laps of 2021 in the car on Friday at the state’s teams pre-season test at Winton Motor Raceway.