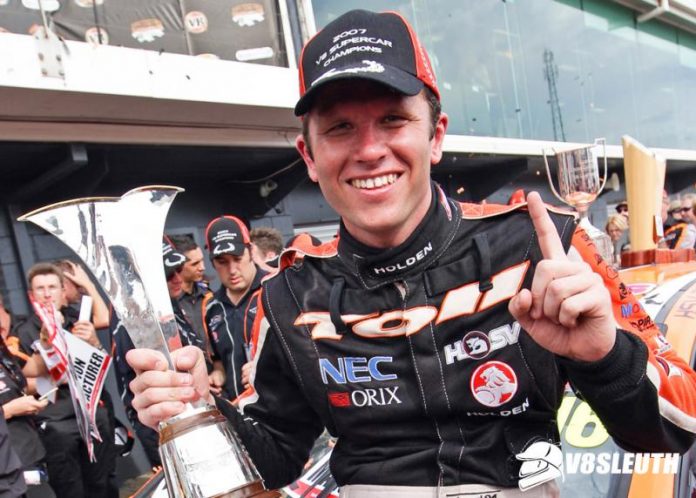 2007 V8 Supercars Champion Garth Tander will be honoured at the inaugural Kumho Tyre V8 Sleuth Touring Car Classic at Winton in August with a trophy named in his honour.

Three-time Bathurst 1000 winner Tander, who won the 2007 championship aboard a VE Commodore run by the Toll HSV Dealer Team, will be honoured by the awarding of the ‘Garth Tander Trophy’.

The Trophy will be presented to the top-finisher in the class for V8 Supercars from the early Project Blueprint era with Commodore VY and VZ and Falcon BA and BF drivers eligible for the trophy.

Tander won the most V8 Supercars Championship races of any driver in the first six years of ‘Project Blueprint’ regulations from 2003 to 2008, scoring 34 race wins driving for the HSV Dealer Team and, later, the Holden Racing Team.

In addition to his RBHRT endurance duties the 42-year-old is now a panellist on Network 10’s ‘RPM’.

“Having a trophy named in your honour is not something you normally expect in your career, but it’s a really nice acknowledgement,” Tander says.

“That period of time in the mid to late 2000s was really rewarding with a lot of race wins and, of course, the ultimate achievement of claiming the championship in 2007.

“I think it’s fantastic that these older V8 Supercars are being wheeled out for the Classic. There are a lot of very passionate owners and drivers that are keeping the history of our sport alive; it’s really important.”