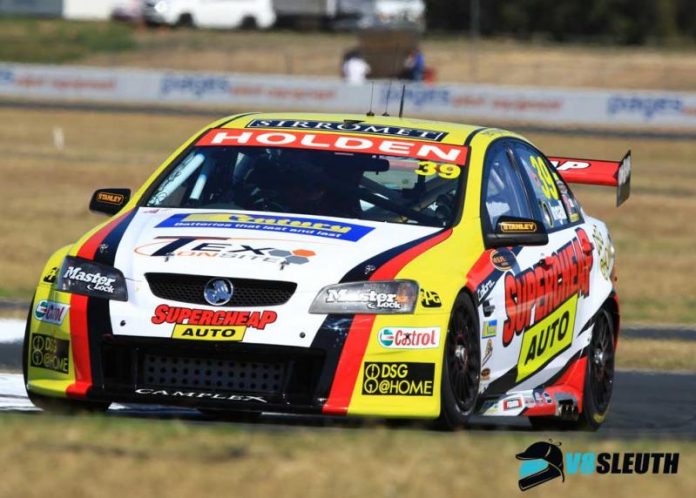 Ex-Ingall 2009 Holden is ready and raring to race …

THE Supercheap Auto Racing Commodore driven by Russell Ingall to podium finishes in the 2009 Supercars Championship is now on the market via V8 Sleuth.

Click here to see further details on this car, including the price and what equipment is part of the package deal.

Nicknamed ‘Kulwicki’ in honour of 1992 NASCAR Winston Cup champion Alan Kulwicki, this particular chassis has most recently competed in the Kumho V8 Touring Car Series in the hands of Nandi Kiss.

It has been given an all-new white re-spray and is ready to race in the Kumho Series in 2019.

The car also spent time in the Dunlop Super2 Series in the hands of Paul Morris and Jack Perkins in 2010, 2011 and 2012 and has appeared in various liveries over the years.

The car’s history file can be found here for V8 Sleuth subscribers.

Join here to get access to over 450 individual race car histories with a heavy focus on V8 Supercars from the early 1990s to today.