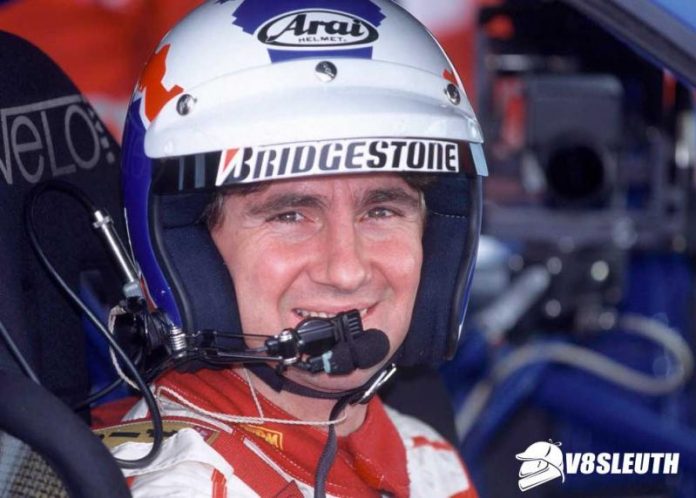 A member of the Supercars Hall of Famer, Seton won the 1993 and 1997 Australian Touring Car Championships for his own team at the wheel of Ford Falcons.

AN1 Media and its MD Aaron Noonan will manage all of Seton’s public appearance bookings, endorsements and partnerships and work with the Queensland-based racing legend on the development and release of a range of items including memorabilia and merchandise.

Last year Seton was the feature guest at a sold-out V8 Sleuth Night at the National Motor Racing Museum at Bathurst run by AN1 Media with 200 guests immersed in the story of his amazing career.

A special limited edition signed print celebrating his 1993 championship-winning Falcon EB was also released on the night, with a very small stock remaining to purchase by online customers here.

AN1 Media has also taken over management of Seton’s social media accounts with an official Facebook page already attracting plenty of his fans – a range of V8 Sleuth archive photos of Seton’s racing career will be published in the weeks and months to come.

This year, 2019, marks the 30th anniversary of the establishment of Glenn Seton Racing back in 1989.

Seton ran GSR – later to morph into Ford Tickford Racing for a period – for 14 years from 1989 to 2002 before selling his squad to David Richards’ Prodrive organisation from which Ford Performance Racing was formed.

Seton made a total of 209 ATCC/Supercars Championship round starts and 411 race starts, claiming 40 race wins in his time in the championship.