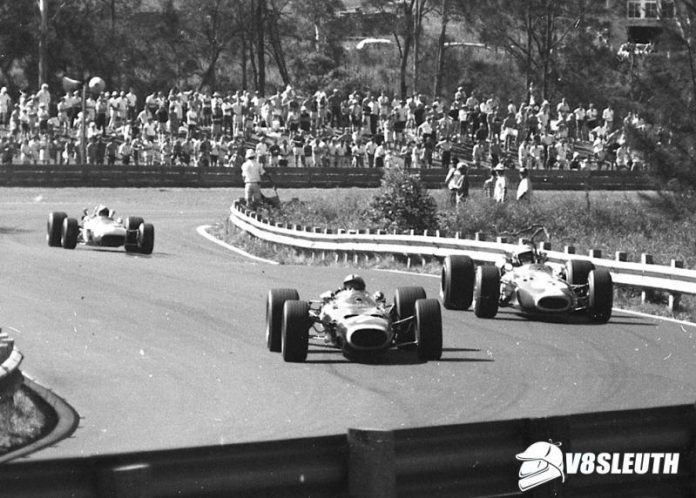 HOT off a week filled with exciting announcements fromthe V8 Sleuth team comes the addition of a new-to-V8 Sleuth series of DVDs celebrating the ‘Golden Age of Motorsport’.

‘Golden Age of Motorsport’ is a four-DVD series produced a few years back by Merrick Beesley that includes some rare and exciting footage from a range of famous Australian races during the 1960s and 70s.

Many V8 Sleuth followers may not have seen these but they are indeed rare racing gold and well worth adding to your motorsport DVD collection.

Available as a set or individual DVDs (we have a significant discount available if you buy all four together here), there’s something for everyone on each volume that brings to life classic footage not seen elsewhere.

The series features a mix of open-wheel, touring car and rally events across Australia and is available to purchase now from our V8 Sleuth Online Store here.

Volume three of the series takes a fascinating look at Sir Jack Brabham’s 1966 World Championship triumph where he became the first, and only, man to win the Formula 1 world title in a car of his own construction.

Also of interest to tin-top fans is action from the 1969 Surfers Paradise 12 Hour which featured huge fields and a diverse mix of entries. Also on that volume is the 1968 Tasman Series with brilliant open wheeler action.