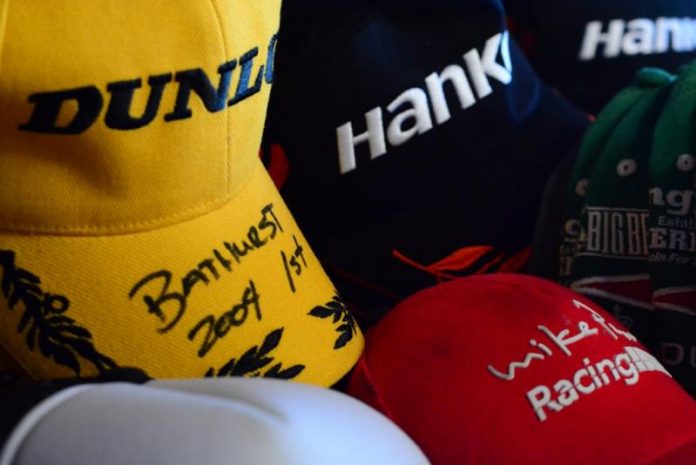 FOUR-TIME Bathurst 1000 winner Greg Murphy is doing something very special in New Zealand that all motorsport and V8 Supercar fans need to know about – with some historically significant items among a range of auction items.

Having recently moved back to New Zealand after two decades living in Melbourne, the reigning V8 SuperTourers Champion figured he and father Kevin had amassed quite a range of memorabilia from his career.

He’ll put a significant amount of it up for grabs on Sunday June 1 at Hampton Downs Motorsport Park in New Zealand with a special event to raise money for the Spinal Cord Society of NZ.

Murphy will be conducting V8 Supercar hot laps in a genuine ex-Tasman Motorsport Commodore VE Supercar with 20 chances to ride with him being auctioned on Kiwi bidding site trademe.co.nz

Race cars from past and present will be on display and Holden will also have a free of charge skid pan experience in operation.

Podium caps, all marked with the teams of the win, team apparel from a range of years, limited edition racing prints and even a Pepsi Max V8 Supercar bonnet are all perfect items for the man cave and all collectable items will be issued with certificates of authenticity.

“I guess all of us at one points have been surprised at how much stuff we’ve accumulated when it comes time to put it all in one place,” says Murphy.

“I think I have taken that to the limit! I can’t keep collecting and hoarding it and I’ve got my fair share of legacy items for myself and the family. If there are race fans who will get enjoyment from owning these things I’m happy to see it go.”

Murphy’s family is directly impacted by Type 1 Diabetes, and the Holden hero is committed to helping the Spinal Cord Society of NZ advance vital cord blood stem cell research aimed at the reversal of this condition.

A portion of the funds raised, including all profits from the 20 V8 Supercar hot laps, will be donated to the charity.

There will be a combination of live and silent auctions as well as gold coin donation items on the day and the collection promises something for all budgets.

For serious collectors unable to attend on the day, a special registration and phone bidding option is available.

You can register you interest, view a gallery of the collection and download the full inventory list at www.murphhotlaps.com

To bid on one of the 20 Charity hot laps visit www.trademe.co.nz and use the search ‘Murph Hot Laps’

Whether you are a Greg Murphy or Holden V8 Supercar fan or not, it’s a great cause and well worth supporting in whatever way you can.