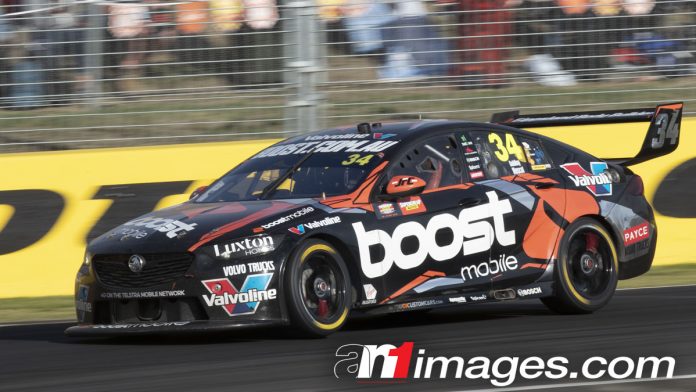 With its former #34 now in use by Matt Stone Racing, the team has opted for the #40 for its ZB Commodore to be driven in next month’s race by rookies Tyler Everingham and Nathan Hearne.

The number was used by Garry Rogers himself in his early days of racing Holdens, including on his ‘Humpy’ Holden and the EH that features on the front cover of the new ‘Racing the Lion’ Holden illustrated history in motorsport book that is available now via the V8 Sleuth Online Bookshop.

ORDER HERE: Get your copy of ‘Racing the Lion’ here now.

The #40 also has a bonus added significance beyond the GRM history given this year marks the 40thanniversary of Commodore’s debut in The Great Race at Bathurst in 1980.

The #40 has been taken to victory in the Bathurst 1000 before – Jim Richards and Rickard Rydell carried the number on their S40 Volvo when they won the 1998 AMP-sponsored Super Touring race.

The #40 hasn’t been used in a Bathurst 1000 since 2002 when it was used by Paragon Motorsport on its VIP Petfoods-sponsored Falcon AU driven by Cameron McLean and Tony Scott.

The only time it’s been used in the Supercars Championship since then is a one-off number change at Phillip Island in 2016 by TEKNO Autosports when Will Davison carried #40 as part of a tie-in with the WD-40-sponsored event, his initials and one-off race number making a nice connection with the event backer.