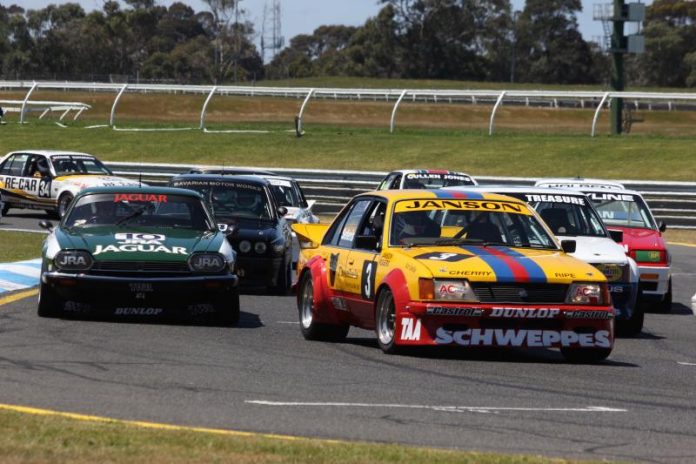 THE golden years of Australian touring car racing will be front and centre next weekend at Albert Park as the Penrite Oils Heritage Touring Cars support the Formula 1 ® Rolex Australian Grand Prix at Albert Park.

And even better news is the fact the Historic Group A and C touring cars that make up the category will be seen on Network 10’s AGP telecast.

The Saturday and Sunday races will be telecast as part of Network 10’s coverage, giving race fans the chance to see a capacity field of 40 cars compete in the invitation non-championship HTC event.

It’s the first time since 2012 that the HTC cars have competed on the Grand Prix layout in Melbourne.

There are a total of 22 Group A cars and 18 Group C cars entered for Albert Park with a range of great histories.

This year is 30 years since the introduction of Group A international touring car rules to Australia and Albert Park will feature both the Bathurst and Australian Touring Car Championship-winning cars from that historic 1985 season.

Mike Roddy’s Bathurst-winning Jaguar XJ-S V12 claimed victory in the hands of John Goss and Armin Hahne and will be part of the field as well as Jim Richards’ 1985 Australian Touring Car Championship-winning BMW 635 driven by owner Adrian Brady.

Richards himself will line up in his 1990 ATCC-winning Skyline GTS-R while also Nissan-mounted will be HTC Group A points leader Terry Lawlor in the GIO GT-R and GTS-R pilot Mark Eddy.

The Group C cars will include the return of Chris Bowden’s Tokico Mazda RX-7 alongside the similar cars of Chris Dubois and Gary Rowe.

The Penrite Oils Heritage Touring Cars will compete in three races over the course of the Albert Park weekend.

Practice on Thursday is at 12.40pm followed by qualifying at 3.50pm.

Check your local guides for telecast information on Network 10.

V8 Sleuth’s Aaron Noonan will be joined by Darren Knight to commentate the action at the track on the GPTV big screen/public address coverage.